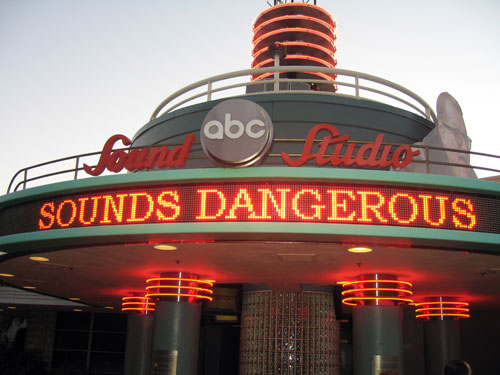 If you wander around the Cinderella Castle hub after a presentation of the Wishes fireworks spectacular, you might think that there isn’t a single square inch in all of the 40 square miles of Disney’s property that isn’t packed with people. The crowds can be amazing.

However, there are actually quite a few areas in the Walt Disney World theme parks that are underused.

Some of that is by design – in a way. While Disney works hard to make sure the parks stay as busy as possible all the time, there are slower times and busier times. Disney needs to be ready for times when crowds swell. They also need to shut down areas that aren’t used enough to justify the expense of keeping them open.

Other complications include the need to have sponsors help offset the cost of expensive spaces and attractions. A dropped sponsor sometimes translates into a closed facility.

In addition, Disney sets aside spaces to hold private and corporate events which can be very lucrative for the park.

The giant dome that holds the Wonder of Life pavilion reportedly cost $100 million to build by the time it opened in 1989. Met Life insurance originally sponsored the pavilion which was home to Body Wars (a simulator ride through the body using technology much like Star Tours), Cranium Command (a show about the human brain), and “The Making of Me,” a movie which bravely, carefully, and appropriately answered the age old question “where do babies come from?”

Met Life stopped its sponsorship in 2001. It stayed open daily until 2004, when it opened only seasonally. A seasonal operating schedule is often the kiss of death at Disney World. Wonders of Life closed permanently on January 1, 2007.

Wonders of Life remains closed during most of the year, except when it acts as the festival center during the Epcot International Food and Wine Festival as well as the Epcot Flower and Garden Festival.

Originally known as Millennium Village, the space near Canada and United Kingdom was the home to Epcot’s millennium celebration from October, 1999 until 2001. It is basically a big tent and seems out of place near all the beautifully detailed and architecturally accurate buildings that populate World Showcase. However, even though the exterior is on the ugly side, the space probably brings in big bucks for Disney. Disney bills the 40,000 feet of space as the world’s largest indoor space available for rent inside a theme park. Disney uses the space for conferences, meetings, trade shows, and receptions. It is rarely open to the public.

Located between the Mexico pavilion in World Showcase and Test Track in Future World, The Odyssey is a restaurant that closed in 1994. The Disney Events Group offers the space for private events, and states that the built in stage is great for everything from small musical acts to elaborate presentations.

Formerly home to an attraction called Sounds Dangerous, which starred Drew Carey in an audio show, the ABC Sound Studio has been closed and mostly unused since mid-2012. In recent years, Disney has used the theater to show extended preview for upcoming Disney movies like “Maleficent” and “Guardians of the Galaxy.”

This doesn’t exactly quality as a facility, but the Streets of America, which were originally designed to showcase various street scenes for filming crews, now sits idle most of the year. You can wander around and check out the scenes, but there isn’t much going on. However, for about two months a year, this place packs in the crowds as Disney sets up the Osborne Family Spectacle of Dancing Lights.  Soon this area is expected to give way to new construction.

Do you think Disney has too many underused spaces?