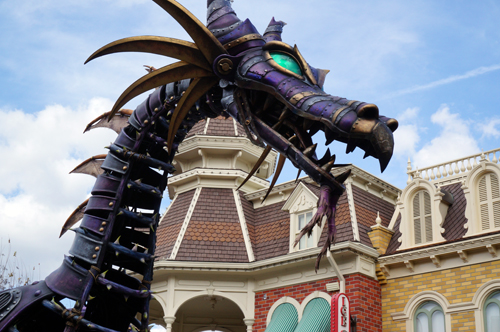 Six Things You Need to Know about Disney Parades Now

Something that Disney also does especially well is put on a parade.

Disney’s parades aren’t like the ones in your home town on July 4 with the Boy Scouts walking along while waving flags, or your next door neighbor slowly riding down the street in his carefully restored 1956 Chevy covered in crepe paper. No, these parades are amazing spectacles, with specially written musical scores, energetic dancers performing carefully choreographed routines, and plenty of Disney characters waving and smiling along the way.

1 – What Parades Are Taking Place These Days?

Festival of Fantasy Parade: Plenty of Disney characters both old and new pass by on floats and wave during this Fantasyland-inspired parade. See your favorite characters including Cinderella, Belle, Anna and Elsa, Ariel and friends, Peter and Wendy, Merida, Maleficent as a fire-breathing dragon, and Mickey and Minnie . The parade takes about 12 minutes, and it usually takes place in mid-afternoon around 3:00pm.

2 – Are There Parades At The Other Parks?

Nope. Magic Kingdom is the only Disney World theme park right now that has parades, but that wasn’t always the case.

The Tapestry of Nations parade took place around Epcot’s World Showcase from 1999-2001. Later during its run, the parade was known as Tapestry of Dreams.

Mickey’s Jammin’ Jungle Parade ended in June 2014 after a 13-year run. Although there are no plans for a replacement at this time, this may change once the refurbishments are completed at Animal Kingdom in 2017.

Pixar Pals Countdown to Fun Parade ended in April 2013 after many people expressed disappointment and demanded that the Block Party Bash Parade return. As of yet, there has been no replacement.

3 – What Are The Parade-Like Events?

Electrical Water Pageant: Only Disney would adorn fourteen barges with lights in the shape of mythical and natural sea creatures and call it a parade. This unique parade sets sail on the Seven Seas Lagoon around 9pm every evening and passes by the Magic Kingdom Resorts starting at Polynesian Resort and ending at the Contemporary Resort or at Magic Kingdom if the park has extended hours. Other resorts include the Grand Floridian Resort, Wilderness Lodge, and Disney’s Fort Wilderness Campground. The parade is viewable for about 15 minutes from each resort.

Move It! Shake It! Dance & Play It! Street Party: This part parade, part street party incorporates favorite Disney characters like Mikey, Minnie, Stitch, and many more to get the party started in this 35 minute dance party. It’s sort of a parade in the sense that it starts off at the front of Main Street USA, travels up Main Street toward Cinderella Castle, and parks itself in the Hub while the party takes place. This audience-participation parade will have you shaking your tail feathers as you learn some new dance moves and join in the fun. It usually takes place twice a day in the early afternoon and again in the early evening.

4 – Where Should You Sit To View The Parade?

Unless your surroundings or background are important to you, the parades look the same at each point along the line. You might want to select a spot close by wherever you are at parade time or where you plan to go afterwards and where you can get the best view.

This is a matter of personal preference. During the warm months in Orlando, which means most of the year, the afternoon parades can be very hot experiences. The parades are fun, but you can also see Disney characters in other meet-and-greet locations, and you can sometimes get in a few extra attractions while the crowds are watching parades.

There are a few parades that are part of seasonal hard-ticket events like Mickey’s Not So Scary Halloween Parade and Mickey’s Very Merry Christmas Parade. These are popular parades that really set the mood for their respective seasons but are only presented during these special parties that require separate admission tickets. Even on days when these events take place, the traditional parade will occur during normal park hours.

Do you enjoy Disney’s parades?