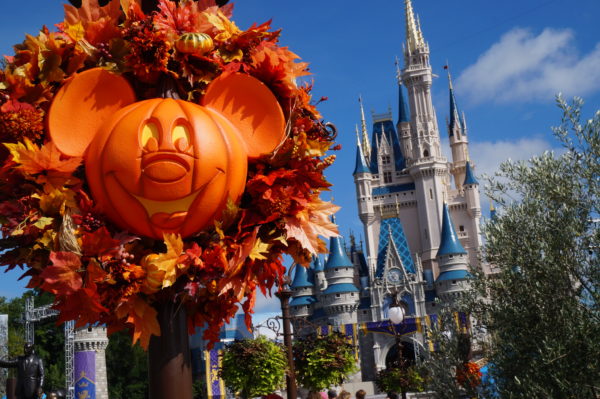 There’s a lot going on at Disney World, and lots of it is coming to fruition at some point this year! In fact, there are at least six exciting new attractions coming to Disney World this fall!

Let’s take a look at six new attractions you can see in Disney World in Fall 2019!

It’s been 14 years since HalloWishes made its debut as part of Mickey’s Not So Scary Halloween Party. Now, Disney is switching it up with a new fireworks show during the Halloween party at Magic Kingdom.

The party runs on select nights from August 16th through November 1st. During the party, you can check out the new fireworks show, which includes projection, lasers, lighting, and fireworks. The storyline follows four friends (Mickey, Minnie, Donald, and Goofy) who find themselves in a haunted house complete with dancing skeletons, waltzing ghosts, and Disney villains.

Out with the old; in with the … temporary! Epcot’s IllumiNations will end on September 30th after nearly two decades. While the new permanent show is prepared, Epcot will feature a temporary nighttime experience called Epcot Forever, which will start the very next day – October 1st. The show will use fireworks, lasers, and really cool choreographed special-effect kites.  The kites will be individually controlled by jet-ski riders.

Epcot is the next and final park scheduled for a makeover. Besides the new-temporary fireworks, another new experience will be permanent.

Epcot Future World will be getting a new space-themed table-service restaurant with internationally-inspired cuisine and a massive selection of wine and craft beer. The new restaurant will be next to Mission: SPACE, and will open later this year, though there isn’t an exact opening date yet.

The NBA Experience has been in the works for years! It will finally open in Disney Springs on August 12th! The immersive, interactive experience uses state-of-the-art tools to bring an exciting NBA experience to regular people!

The Skyliner gondola system will be joining the list of available transportation options – and it’s really cool! Disney has been testing the routes and has recently unwrapped all of the cabins – and again, they look really cool! The Skyliner will stop at Disney’s Art of Animation Resort and Disney’s Pop Century Resort, Disney’s Caribbean Beach Resort, which will be the hub, Disney’s Riviera Resort, Disney’s Hollywood Studios, and Epcot’s International Gateway. The Skyliner is expected to open sometime this fall!

Rivers of Light at Disney’s Animal Kingdom has been open for just over two years now. Still, Disney is changing the lineup for the show, which will now be called Rivers of Light: We are One. There will be new images alongside familiar ones, and the story will be changing a bit.

Will you visit Disney World this fall?