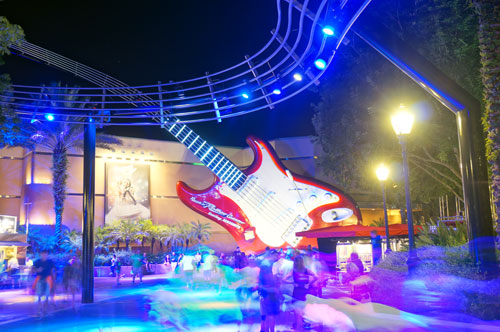 How To Use The Single Rider Line at Disney World

If you’ve been to Disney World, you’ve probably seen the signs for the Single Rider Line at Test Track, Rock n Rollercoaster, and Expedition Everest.

However, you may have been hesitant to try it out.  Many folks like to ride with family or friends, or whomever they happen to be traveling with, and don’t like to be separated from them for very long.

I’ve tried the Single Rider Line, and it works for a variety of reasons. First, if you’re traveling with a little one who is too short or too scared to ride one of these intense attractions, the Single Rider Line is a great way to enjoy the ride while your kid(s) hang back with another member of the family (you can also use Rider Switch, but that’s a subject for another article). It’s also a good way to save time if you want to do as much as possible.

There are few things you should know before jumping in the Single Rider Line, though. You don’t need a reservation like you do with a FastPass. Just get in line, and the Cast Member will direct you. You will bypass much of the queue, so if you like playing with the interactive games and seeing all the fun details in the queue, the Single Rider Line isn’t for you.

The Single Rider Line is good if you want to ride the same ride again and again.

Another good piece of information is that you don’t have to be single- ahem- solo to get in line. The Single Rider Line works great for groups of two specifically in Test Track, which I’ll explain in that section. You should, however, be prepared to be split up and ride with strangers.

Rock n Rollercoaster Starring Aerosmith in Disney’s Hollywood Studios is the most intense ride in Disney World. This indoor attraction buzzes guests through the streets of LA at 0-60 MPH in three seconds in a stretch limo with Aerosmith blasting in the speakers. There are three inversions, and you’ll probably walk off of the attraction feeling a little bit sea-legged.

It’s probably too intense for many young riders, and the height requirement is set at 48″. There aren’t too many oddly numbered groups riding, and most people will want to ride with someone they know.

Regardless, you can definitely save some time here. The Standby line can get up to an hour or more, and the Single Rider Line is often about half that. However, there will be times posted. I would suggest considering the times especially if you’re riding with someone else. The likelihood of you sitting together is very low, and you probably won’t even be in the same car. If the time difference between the Standby and the Single Rider aren’t much different, I would opt for the Standby. Like the ride itself, the line moves pretty quickly.

Expedition Everest has a middle height requirement in this list at 44″, but it’s still pretty intense. There aren’t any inversions, but the ride does go backwards, and there are moments of darkness that might scare young climbers.

The Single Rider Line on Expedition Everest is good for people who are riding alone and for multiple rides. The queue is great, so if you’ve never seen it, it’s not one you want to miss. But if you’re riding more than once, the Single Rider Line can save you some time.

The entrance can be hard to spot though. If you’re facing the attraction, look to your right. There’s a small sign on one of the village walls that says “Single Rider Entrance” with an arrow. You can usually save about half of the standby time here too.

Test Track is one of the most popular attractions in Epcot‘s Future World. This E ticket attraction competes with Soarin‘ Around the World and World Showcase’s Frozen Ever After in Norway.

Test Track’s single rider line is by far the most time saving single rider line. The ride vehicles have six seats each, and with most groups being around three to five people, there are often at least a couple seats open in each car. Cast Members will pull from the Single Rider Line to fill these seats.

Even if you’re traveling as a duo, Test Track’s Single Rider Line can be a huge time saver while keeping you both together. The Standby Line is often a couple hours long, and the single rider can be as little as 20 minutes.

There are some downfalls here though. You will bypass the entire queue including the opportunity to design your own sim car meaning you won’t have anything to test. If you really enjoy doing this, the Standby Line might be the way to go. However, if you don’t mind skipping this interactive opportunity to save yourself about an hour and a half of waiting, go for the Single Rider line.

Since Test Track competes with Soarin and Frozen as Epcot’s E ticket attractions, and it has the lowest height requirement of the Single Rider Line rides at just 40″, the Single Rider Line is a great strategy when combined with a FastPass+ for Frozen Ever After and an early morning ride on Soarin’. You’ll save so much time with this plan that you’ll probably be able to ride all of the attractions twice in one day.

Do you ever use Disney’s Single Rider Lines?