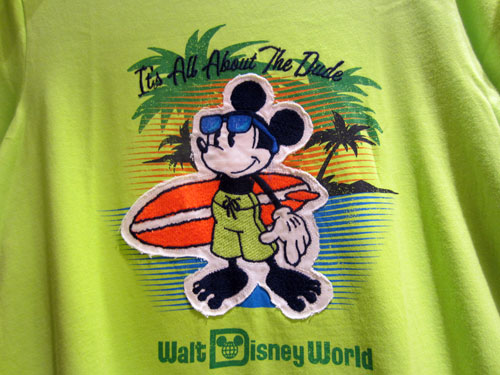 Eleven Simple Ways To Save Time At Disney World

Many people who go to Disney World want to see and do as much as possible. And most people want to minimize the time they spend waiting in line.

Fortunately, we have eleven simple tips on how you can save time on your Disney vacation, which will allow you to do and see more:

1 – Buy Your Tickets Before You Go

Many people wait until they are about to enter their first park on their first day of vacation to buy their Disney World tickets. Bad move. This means your first experience will be waiting in line, and it guarantees that you will pay the highest price possible for your tickets. Get your tickets before you plan to visit a park. If possible, buy them before you leave home. You can save a few bucks by purchasing them from your local AAA. If you arrive in Orlando during the afternoon or evening and don’t have a Disney vacation package or don’t plan to go to the parks for a half day, spend that time to get your tickets so that you will have them in hand when you go to the parks.

2 – Arrive Before The Park Opens

Many folks like to sleep in on their vacation. I get that. But if you want to see the most and do the most, you need to become an early bird. Get up, get breakfast, and get to the park at least 30 minutes before it opens. In the case of the Magic Kingdom, Disney will treat you to a very fun opening ceremony. But beyond that, you might just see and do more in the first hour of the day than you will otherwise do all day long. As all the other sleepy heads are snug in their beds, you will enjoy the shortest lines of the day and you will have a blast. It’s much better to arrive early and take a nap mid-day than it is to arrive late. Trust me on this one.

Some key attractions almost always have long lines. At the Magic Kingdom, it’s the Seven Dwarfs Mine Train.  At Epcot, it’s Soarin’. At Disney’s Hollywood Studios, it’s Toy Story Mania. Be sure that as soon as the park opens (you got there early, right?) you walk quickly but safely to these headliner attractions, and ride them. Consider getting a FastPass and then riding standby too so you get to experience them twice.

If you can afford it, consider staying at a Disney Resort Hotel. They will offer Extra Magic Hours where you can get into the parks early, before the general public is allowed in, or stay late. You can often see and do a lot during these times when the crowds are smaller.

7 – Pick Your Times To Shop

When Disney publishes the park hours, that means the times the rides and shows are operating. The shops almost always stay open much later. Take advantage of the time after the rides stop to do your shopping.

8 – Use Parade And Fireworks Times To Ride

The parades and nighttime shows at Disney World are truly awesome. Don’t miss them. But if you have already seen them, you can take advantage of the times when everyone else is watching to hit some rides. Lines will be shorter.

One of the biggest ways to waste time is to spend it trying to get reunited with your party. It’s also frustrating and sometimes scary. Have a plan for how to reunite, whether it is after a planned time apart or based on accidentally getting split up. Pick a time and place where you will get back together. Also consider having key folks in your party carry mobile phones as a way to keep in touch.

10 – Visit During Slow Times Of The Year

One of the most important determinations of crowds and therefore lines is the time of the year. The busiest times of the year are around Christmas and New Year’s, Easter, and during the summer when kids are out of school. Crowds are larger whenever there is a holiday. But crowds are generally smaller (not small, but smaller) in late January-February, April, and early December. If you are able to visit during these “off” times, you will be rewarded with smaller crowds – and often better weather.

The most frustrating way to waste time is to stand around and argue with the other folks in your party! Relax. You are on vacation. Take it easy and enjoy.

What is your favorite tip for saving time at Disney World?