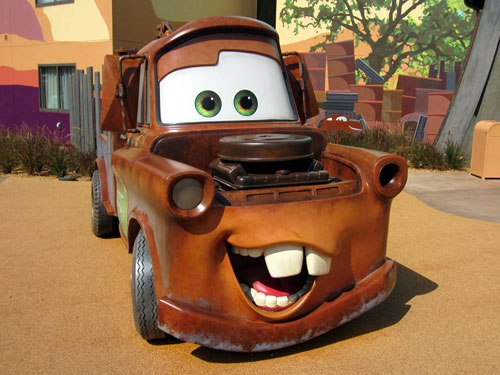 Top Twenty Signs That You May Be Obsessed With Disney

If you’re reading this right now, you’re a Disney fan. Yes, you. You’re thinking that maybe you’re not obsessed though. Maybe you just love it so much that it shows only a little bit. “Maybe no one really notices,” you tell yourself. Guess what? They notice. And guess what else? It doesn’t matter! Here are the Top 20 Signs That You May Be Obsessed With Disney.

4 – You’re still hanging on to your Disney VHS tape collection.
5 – You have several Disney-inspired websites bookmarked on your phone, tablet, or computer.
6 – Whenever someone says “No worries,” you immediately start singing “Hakuna Matata.”
7 – Whenever you hear someone say “Let’s get down to business” you have to fight the urge to scream out “To defeat…the Huns!”
8 – You have a favorite “Hidden Mickey” in one of the Walt Disney World theme parks.
9 – You’ve seen “Bambi 2.” (Yup, that exists! But you already knew that!)
10 – You go absolutely crazy when someone refers to Spaceship Earth as “The Golf Ball at Epcot.”

11 – You’ve painted more than one room in your home with Disney paint from Home Depot.
12 – You understand what the acronyms WDW, DAK, ADR, FP+, EMH, POR, POFQ, and MVMCP mean.
13 – You’ve ever wondered why Donald Duck never wears pants yet he wraps a towel around his waist when getting out of the shower.
14 – You don’t need a map to walk around Walt Disney World’s theme parks. As a matter of fact, when someone suggests getting one, you’re insulted.
15 – When you’re not in Walt Disney World but overhear someone talking about it, you immediately inject yourself into that conversation.
16 – You start planning your next trip to Walt Disney World or Disneyland before the one you’re currently on is over.
17 – Your friends and family refuse to play Disney Trivia with you because they could never make it competitive.
18 – Your car has a Disney license plate, decal, bumper sticker or magnet (or a combination of the four).

19 – You want to finally visit France…sure the Eiffel Tower would be nice and all but really you want to check out Disneyland Paris.
20 – You know the entire Walt Disney World Monorail spiel and can even properly pronounce the Spanish translation of “Please stand clear of the doors.”

If you said “that’s me” to more than half of these, I’d have to say you are definitely obsessed! But like I said before, it doesn’t matter! It’s actually a really good thing!

You want to know why?

Because these are all fun, happy things! That means you are a fun, happy person!

I myself became much happier in life when I just admitted the truth to myself: I’m a Disney nerd. I’d recommend not only admitting this to yourself, but embracing it. So wear the Mickey Mouse watch, sing your heart out to “I’ll Make A Man Out of You” in the car, and go take Simba out for a walk around the block. You’ll feel much better for it!

Are you a Disney fan, or are you Disney obsessed?