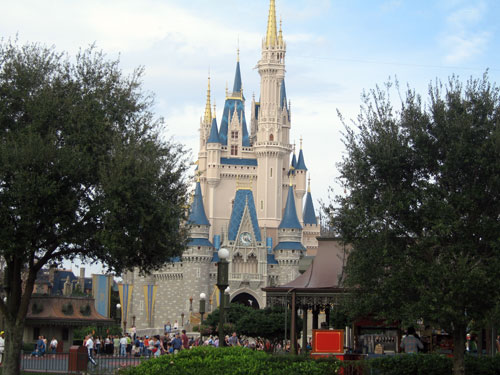 To start off, I should say that I’m certainly no financial guru, and you should not take financial advice from me!

However, there are some compelling reasons that Disney stock is different from other publicly traded companies, and why you might want to consider Disney stock.

1. Culture of Creativity and Learning

He made something where nothing existed and established a culture that encouraged creative thinking. He invented things that didn’t exist and bettered things that did exist. Although some of his ideas couldn’t work at the time because the technology didn’t exist yet, his team of Imagineers never gave up on these ideas and many of them came to fruition in later years.

Disney doesn’t just think toward the future, though. Animators often look to the past for inspiration and assistance. For example, the creators of Zootopia used a similar method for creating lifelike animals as Walt Disney himself used to create the popular 1942 animated movie, Bambi. Walt brought live deer into the studio and sketched them as he observed them. Likewise, animators working on Zootopia went out into Disney’s Animal Kingdom Park to observe the animals in their habitats. This kind of creative honesty makes for better, more life-like movies that even adults enjoy.

Investing in a company that values creative thinking means that it will always be ahead of the curve and putting your money to work. It also means that it’ll be at the forefront of the market. People buy Disney stuff because it’s good stuff and because it doesn’t usually exist elsewhere.

Not only has Disney always been creatively inclined, but the company has a reputation for thinking strategically. It has moved movie premiers so as not to conflict with other studios’ premiers and to coincide with holiday release dates.

Disney understands movie-goers will often only choose one movie to go to. If there is more than one big movie out, the studio is really taking a gamble as to which movie consumers will spend money to see and which one they’ll wait to see at home. Disney knows this and plans accordingly.

Disney also wants to snatch up the holiday toy market, so big movie releases often happen around holidays like Christmas and Easter when parents are buying gifts and filling baskets and stockings.

In addition, Disney painstakingly plans every detail of new parks and resorts including the recently opened Shanghai Disney. There are subtle yet significant nods to the Chinese culture that make the resort fit well into the landscape. What’s more, when Disney updated Downtown Disney to Disney Springs, it established a story line and formatted the entire area around this story making it fit better into the area as a whole. Now, even the shopping district has a story!

Investors reap the benefits of this strategy by cashing in on big revenue at big times.

The Walt Disney Company is divided into five smaller segments according to what kind of business each does.

The Media Networks sector encompasses all of Disney’s television and cable channels including ABC and ESPN. It also has significant ownership in Lifetime and A&E. These networks are all handled together.

Next is the Studio Entertainment department, which includes Pixar and LucasFilm. This is probably the most visible division with Star Wars, Indiana Jones, Toy Story, and Lilo & Stitch providing inspiration for many of the attractions in the parks. In fact, much of Disney’s Hollywood Studios will soon be devoted to Star Wars and Toy Story.

The Consumer Products department handles all of the merchandise including toys, clothes, home décor, electronics, and just about anything you would consider a souvenir. If it’s branded with any Disney logo or is sold by the Disney Store or any of its authorized retailers, it’s part of this section.

Finally, Disney Online runs all of the parent-child websites including kaboose.com and BabyZone.com. This division targets moms in particular knowing that moms make many of the buying decisions for households.

With all of these divisions, Disney can afford a couple flops because they can easily bounce back. Its products are diversified enough that one poorly attended movie or one toy recall isn’t going to take down the whole company.

Disney has a strong foundation that started in 1923 and was solidified in 1957 when the company went public just two years after Mickey first appeared. It consistently sees an increase in revenue, net income, and free cash flow, and the company is valued at over $4 billion dollars. What’s more, Disney has relatively low debt.

It’s likely that Disney will be able to compete long-term with competitors like Universal, and investors can be confident that their money is pretty save with Disney.

For those of us who claim Walt Disney World in Orlando as our home resort, we know that Disney is at the forefront of the most advanced technology. MagicBands and the FastPass+ system are just two of the ways that Disney uses technology to make our vacations better by streamlining the most nuanced parts like checking in, paying for stuff, and carrying around room keys and paper tickets.

Former Disney CEO Michel Eisner and current CEO Bob Iger have been dedicated to bringing the best technology to Disney World, and they did just that with the RFID technology. It not only applies to the magical wristbands, but Mickey can now talk to you and call you by name as can greeters at restaurants like Be Our Guest in Magic Kingdom‘s Fantasyland. This technology will only get better as time goes on to create an even more personalized experience for every Walt Disney World guest.

Do you think Disney stock is a good investment?