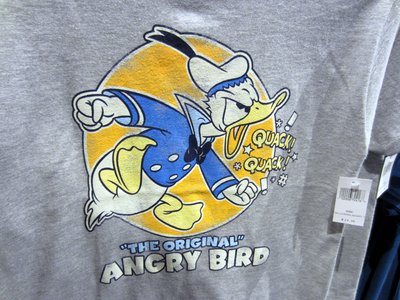 Should Disney Workers Get Sick Pay?

One recent battle that spilled into the local and state governing groups deals with sick pay benefits.

Supports of sick leave collected more than 50,000 signatures to get a local referendum requiring sick leave on to the November, 2012 ballot in Orange County, which is home to Disney World. However, County Commissioners voted to stop the measure from getting on the ballot, so the public did not have an opportunity to vote on the initiative.

The Florida senate voted to stop local cities from enacting their own legislation on wage and benefit laws until they can complete a statewide study on the subject. Disney World, the Orlando-based Darden Restaurants which owns the Olive Garden and Red Lobster chains, and the Florida Chamber of Commerce helped to draft and support the legislation.

Disney employees have long complained that the company does not pay well enough. Some cases on related topics have come to light in the past.

In 2010, the U.S. Department of Labor’s Wage and Hour Division recovered more than $400,000 from Disney in back wages. The government agency found that, while Disney had policies in place preventing work without pay, managers were not following those policies and were requiring employees to illegally work ‘off the clock.’ The agency stated that policies alone were not enough, and the company was required to enforce those policies and comply with the law.

A different issue came up in 2012. Firefighters who work for the Reedy Creek Improvement District (a government agency which is basically controlled by the Disney Company) were involved in a difficult contract negotiation and wanted to remove a 35 year old contract provision that prevented them from striking. The situation brought up sticky issues about de facto private control of government agencies as well as the right of public and private unions.

But back to the issue of sick leave.

A handful of representatives from a group called MomsRising, which claims more than one million members and works to increase family economic security and end discrimination against mothers and women, attempted to hand deliver a petition to 6,000 signatures to the company but were blocked by Disney security.

The organization was involved in getting sick leave laws passed in San Francisco, Seattle, and Connecticut

Like all large organizations, the Disney Company has to balance the responsibilities to their shareholders with the needs and wants of their employees. This often makes for difficult situations.

What do you think about this sick leave issue?