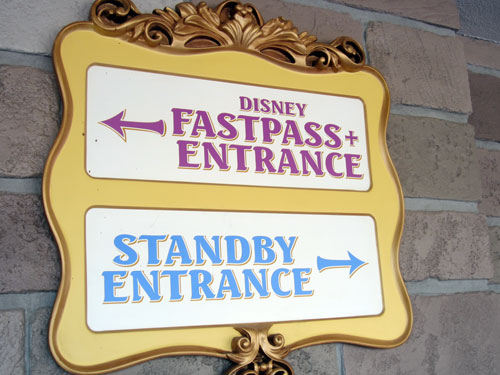 Should Disney Allow You to Pay to Skip Lines – Like Universal Does Already?

First, a warning: This is a “what if” article.

I’m not saying that Disney is announcing any major plans to change FastPass+. I’m interested in discussing a possibility.

The last time I tried to do this, some well-intentioned folks on Facebook said I was nearly inciting a riot. I let people know that Disney has filed a patent for drones which carry lights. The technology could, someday, be used to replace physical fireworks. When I shared this information, people said I ruined their weekend. They said that I was reporting that Disney was shutting down their fireworks shows! I never said that. I simply said that Disney is working on some interesting new technology that could, someday, have a big impact.

I recently read an article by the Motley Fool, which is a web site that reports on investment information. They like to look at companies that are leaders and how they make money.

The article on their site had an interesting title: “Disney’s FastPass+ Bets People Will Pay to Not Stand in Lines.”

I think the Motley Fool title was a little misleading. They never say that Disney is moving to a model where people will pay to skip lines. However, they do suggest it could be a possibility, and that it is a great way to make money.

The first short-term test was where Disney required guests get a FastPass+ reservation in order to attend a meet-and-greet with Anna and Elsa from the blockbuster movie “Frozen”. People have waited in standby lines for up to five hours for that experience.

The second short-term test was where Disney required guests to get a FastPass+ reservation in order to ride Toy Story Midway Mania. That attraction always has huge lines too.

Could these tests be a signal for what is to come?

Universal Does It Already

Interestingly, Universal seems to have implemented a variable pricing system. They charge more for line-skipping privileges on crowded days and less on slower days.

Universal’s Express Passes can be expensive. The cost of the line-skipping privilege can be nearly as much as the admission ticket itself.

The Systems at Disney are In Place Today

As a company, Disney has an uncanny ability to “look around corners” and determine what we want before we ever realize we want it. Sound synchronized with an animated movie? Disney created that technology before the general public ever thought about the idea. A full-length, color, animated film? Walt Disney bet the future of his fledgling company on the idea when many people in the general public thought it was a crazy idea.

Yes, sometimes Disney bets big, but it changes the game, and these big bets can pay off.

Could Disney be on the verge of completely changing the theme park experience?

Could the FastPass+ system we know today not be a final design, but simply the installation of the technology needed to eventually change the way we experience theme parks forever?

Could FastPass+ be the way to completely eliminate all lines?

What if there were no more lines at all at Disney theme parks?

What if every attraction required at FastPass+ reservation from every guest?

That is certainly possible today. Disney has already installed all the equipment and made all the investment in technology. Disney would have to change the programming, but the Magic Bands, web sites, and capacity-planning computer system needed to make such a system work are in place right now.

However, there is a problem.

I doubt Disney has the attraction capacity to allow everyone to ride as much as they want with only reservations and no lines.

How do you solve that problem?

Disney does a bit of variable pricing today: Want a hotel room during a busy season like Christmastime? It costs more than the very same room in February. Want to send some quality time with Cinderella without waiting in line? She will come to your table if you pay for a character dining experience.

Do you think Disney should allow you to pay to skip lines?

What about the next question, the bigger question: Should Disney be working on a system that completely eliminates lines at Disney parks? Would you be willing to pay based on the number of experiences you get?

Should Disney allow you to pay to skip lines?