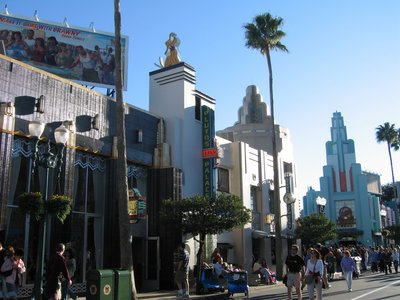 In general, the Walt Disney World theme parks were built to immerse you in an exotic world rather than to make it easy for you to get from one place to another. Although Walt Disney did consider orderly traffic flow when creating the spoke-wheel design of Magic Kingdom (later re-used for Disney’s Animal Kingdom), that flow can make it difficult to swim upstream or otherwise attempt to get anywhere in a hurry. In fact, it is easy to become so immersed in the parks that you just blindly follow the sea of people in front of you in the hope that you will eventually wash up on the shores of the land you want to visit.

However, there are a few shortcuts and navigation secrets that can make it easier to get around at Walt Disney World. Try these entrances, paths, and other tips to speed your way through the land of the Mouse.

It’s become relatively common knowledge that the shops that line Main Street, U.S.A at Magic Kingdom are actually one long shop, allowing visitors to travel from the entrance to Magic Kingdom all the way to the central hub near Cinderella’s Castle while avoiding the street itself. While not technically a shortcut, this can often be a fast cut, especially when the streets are almost impassable for a parade, or when the park first opens. It also allows you to enjoy a bit more air conditioning and shade on hot days.

The same is true for the shops that line Hollywood Blvd at Disney’s Hollywood Studios. While it’s not always a guarantee that passing through the shops is quicker (at certain times of day the streets may be relatively empty while the shops are packed with souvenir purchasers) the air conditioning indoors can still make them a refreshing way to traverse these two stretches of road.

In addition to the main bridge from the central hub into Tomorrowland, you can also reach this area of Magic Kingdom by passing by the Tomorrowland Terrace Restaurant and traversing the walkway between the water and the Monsters Inc Laugh Floor. This route is a little bit shorter than the main bridge if you are coming from the Magic Kingdom entrance, and also tends to be less crowded.

If you look at a map of Magic Kingdom, you will see a small ribbon of pink that runs behind the Tomorrowland Speedway, between the Walt Disney World Railroad Fantasyland station and Space Mountain. This ribbon is actually a path, and one that receives surprisingly little use. This is a great way to get from Fantasyland to Space Mountain or other parts of Tomorrowland while avoiding the heavy pedestrian traffic.

There are actually three paths that can take Epcot visitors between Future World and the World Showcase. Most visitors choose to take the main bridge, but there are also narrow, scenic pathways to the east and west that will help visitors to avoid the crowds while appreciating even more of the beauty of the theme park.

Most visitors are prepared to wait in line once they enter a Disney theme park, but they may be less prepared to wait in line just to enter the park. At Disney’s Animal Kingdom, there is a 2nd entrance to the park through the attached Rainforest Café restaurant. There are just a few entry turnstiles here, which were installed to allow park visitors easy access to the café, and vice versa. However, any park visitor may use this entrance to avoid waiting in line if there is a bottleneck at the main entrance.

While not a technically a shortcut, sitting near the exit doors when you are seeing a Disney show will let you avoid waiting behind masses of people filing out through a few small doors. If this compromises your view of the show you may decide that it is not worth your while, but in-the-round shows such as The Festival of the Lion King at Disney’s Animal Kingdom offers views that are just as good from exit rows as from anywhere else in the theater.

What do you think about these shortcuts?  What are your favorites?