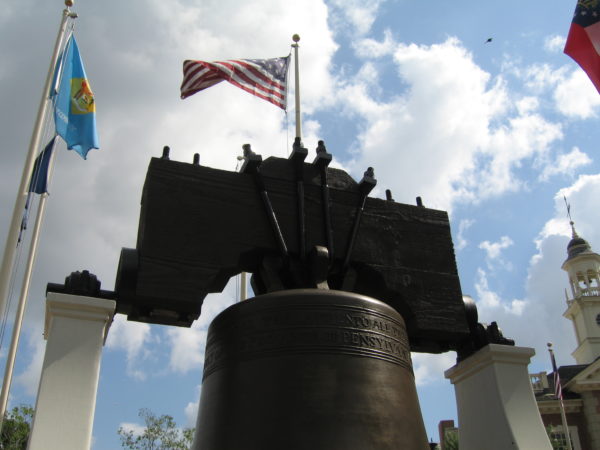 US Flag behind replica of Liberty Bell in Liberty Square

Shades of Green is a resort on property at Disney World reserved for armed forces personnel who also get a discount on tickets to the theme parks. The resort is actually owned by the US Department of Defense, and it’s the only one of its kind inside the Continental United States. It’s located near the Disney Deluxe Resort Hotel, Disney’s Polynesian Resort and Disney’s Palm golf Course.

The guest rooms are already very nice since a $7.6 million dollar project was completed before the 2016 Invictus Games at which Prince Harry was a guest. However, more work is planned!

All 283 rooms will receive new flooring and light fixtures and a fresh coat of paint. The resort will stay open to guests during the project because it will be completed in phases 30 rooms at a time. The entire renovation will be completed by August.

There’s no report on how much this project will cost, but it will be paid for with non-appropriated funds by the US Army.

Have you ever stayed at Shades of Green?