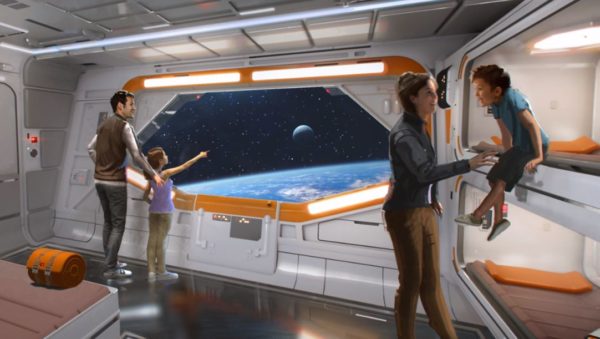 Disney World has a lot going on right now.

Half of Disney World’s parks have significant projects in the works right now and the other two recently opened new lands that continue to bring large crowds in record numbers. What’s more, the resort will celebrate its 50th anniversary in 2021 and has promised big celebrations.

With so much going on, Disney is anticipating some of the largest crowds they’ve ever seen. This means that the current Disney resort hotels just might not be enough to accommodate everyone. To help with this, Disney has confirmed four new major hotel developments amounting to 1150 new rooms, and there are a few more with credible rumors with 1128 potential new rooms. These numbers, however, don’t include the confirmed Star Wars-themed hotel or the rumored Epcot hotel.

Let’s take a look at the confirmed and rumored hotels to come to Disney World.

Disney’s Coronado Springs Resort, a moderate resort hotel, recently refurbished all of their existing rooms and is working on building a 15-story, 500-room tower.

Coronado Springs is a convention resort and is already very large, but this will add more rooms in closer proximity to the main part of the resort. This is a good thing because with smaller buildings spread out around a large lake, it’s easily a 15-20 minute walk to the main buildings if you’re on the other side of the lake. A bus wouldn’t get you there much faster even though it has a dedicated route. The new tower will be right next to El Centro and is expected to be completed in 2019 since construction is well under way. 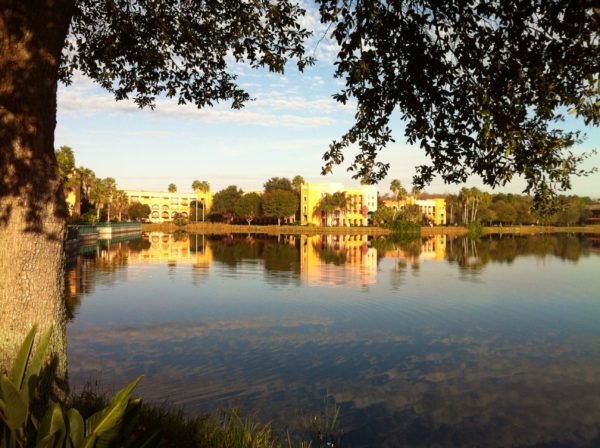 Soon, Coronado Springs will have a new tower of hotel rooms conveniently located near the main resort building.

Construction has also started on Disney’s Riviera Resort with a completion date set for Fall 2019. That’s convenient timing since Star Wars: Galaxy’s Edge will open around the same time. (I’m sure this is no coincidence.) The tower hotel will be eight stories of 300 rooms, but they will be exclusively Disney Vacation Club accommodations. The hotel will be conveniently located between Epcot and Disney’s Hollywood Studios, and there will reportedly be a restaurant on the room with a view of it all. Disney’s Riviera Resort will be located on the new Disney Skyliner gondola system and will link guests to the monorail through Epcot.

Another hotel, yet to be named, is set to go up in the parking lot of Fantasia Gardens miniature golf course. The hotel will not be owned by Disney World but instead will be managed by Marriott. It won’t be too far away from the Disney Springs Resort Hotel area, which is were many hotels not owned by Disney but still on Disney property are located.

This hotel has not been officially confirmed by Disney, but many vendors have said that they’re working on the hotel. Disney is notorious for not announcing construction until it’s almost completed, so it’s very likely that this hotel is already under construction.

The final confirmed hotel is the Star Wars-themed hotel just outside of Disney’s Hollywood Studios near where the new Star Wars land is currently being built. The hotel will be a Live Action Role Play (LARP) style hotel where guests check in, are given costumes and a storyline, and will become the characters they are assigned. It will be the first of its kind of Disney and is said to be totally unique in the world. This hotel was announced at the 2017 D23 Expo, but Disney has been pretty tight-lipped about the details since then. The land opens in Fall 2019, and the hotel will probably open sometime after that.

The Star Wars hotel, to be connected to Disney’s Hollywood Studios, is under development.

For years now, there have been rumors of a hotel being built on the former site of Disney’s first water park, River Country. Disney recently filed permits to start testing the land to see if it is capable of supporting large-scale construction, and the Orlando Sentinel reported, and many other sites have confirmed, that Disney has already retained a design firm and construction companies.

Since Disney hasn’t confirmed, it’s hard to tell exactly what the hotel will be, but plans to build a hotel on this site were circulating even before River Country closed in 2001. In 2014, plans for the area leaked for a hotel similar to Disney’s Wilderness Lodge. Whatever the theming, it’s likely that the hotel and especially the pool area(s), will pay homage to the former water park with things like a lazy river and a water tower similar to the one that used to welcome guests to River Country.

Rumors have said the hotel could have anywhere from 700 to 1000 or more rooms and will probably include at least some Disney Vacation Club rooms, which will be larger than the typical hotel suite. There could also be bungalows similar in style to the ones at Wilderness Lodge but possibly over the water like those at Disney’s Polynesian Resort. These might be completed at a later phase, though, or could be cut altogether. The 2014 leaks showed a three year construction time frame, which would mean that Disney would need to break ground very soon to open in time for the 50th anniversary in 2021; that’s pretty ambitious, though, so it’s more likely that this hotel would not open until the mid 2020s.

The rumor mill has also churned out a possible second Bay Lake Tower at Disney’s Contemporary Resort just south of the current one, which is exclusively a DVC location. The new tower would be nearly identical to the existing tower and would replace the Southern Garden Wing, not a DVC location, which hasn’t been as popular as the rooms in the main building. This would add 428 DVC suites to the popular hotel, which is within walking distance to Magic Kingdom. It’s also located on the monorail line to connect you to Epcot, which will then soon link you to the Skyliner and Hollywood Studios. If plans are realized, the tower could open in the mid-2020s with the possibility of more over the water bungalows in the same time frame. 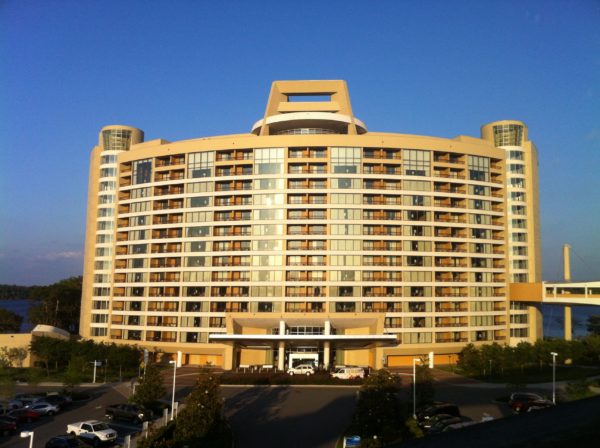 If the rumors are true, a second Bay Lake Tower could be erected just to the south of the current building.

Finally, a hotel near the entrance of Epcot is strongly rumored. A location has even been determined: right over the entrance plaza of the park. This would fit the theme of Disney’s new hotel construction adding rooms in closer proximity (and with a higher price tag) to the parks. This hotel could even take a lesson from the Contemporary Resort and run the monorail straight through the hotel. It will also likely be, at least in part, a DVC hotel.

It’s unlikely that this hotel will open in time for Disney World’s 50th anniversary, but it could be ready for Epcot’s 40th Anniversary is in 2022. At the last D23 Expo, Imagineers were publicly instructed to “dream big at Epcot”, so a new hotel in the area would not only fit this instruction, but it would also come very close to fulfilling Walt’s dream of making Epcot a real community.

As I said above, Disney is known for waiting until a project is nearly completed to confirm it. This is mostly because they’ve been burned by timelines in the past. The next D23 Expo is set for August 23rd through 25th in 2019, and it’s possible that Disney will officially announce some of these projects and more especially in relation to the 50th anniversary celebration.