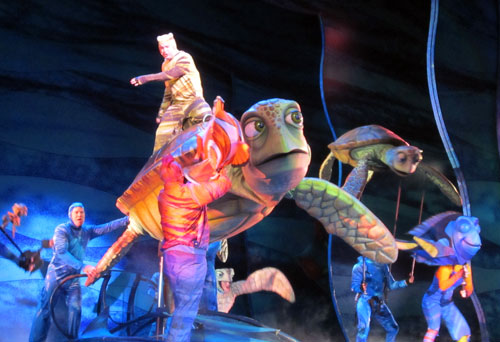 There are plenty of Disney fans who love the fantasy of the Magic Kingdom, the futuristic thinking of Epcot, and the glamor of Disney’s Hollywood Studios.

However, when you mention Disney World’s youngest park, Disney’s Animal Kingdom, there are some Disney fans that are less enthusiastic.

They may say that it’s a one day park, or that some parts aren’t made to Disney standards (I’m looking at you, Chester and Hester’s Dinoland USA, which, by the way, I personally think is brilliant).

Even if Animal Kingdom isn’t your number one pick for Disney World, I still think there are many great things to enjoy in this park.

Located in the shadow of Expedition Everest, the Yak and Yeti Restaurant serves up delicious pan-Asian food that manages to be both family-friendly and unique at the same time. Try the sweet-and-sour chicken, egg rolls, or tempura-battered shrimp. This sit down restaurant also offers a unique selection of alcoholic and non-alcoholic drinks. A unique atmosphere combines with interesting food choices to make for one of the best restaurants inside a Disney theme park.

The Flame Tree might just be my favorite quick service restaurant in all of Disney World (although the Be Our Guest restaurant is at the top of my list too). Delicious St. Louis Ribs covered in an available sweet or savory barbecue sauce and paired with a side of baked beans and coleslaw make for a delicious meal. It’s also a pretty good value considering typical Disney prices. You can get most of the main entrées for less than $12.

Some folks may not like the fact that all the seating is outdoors; I can understand that. I’m a big fan of air-conditioning. You may need to go during the right season or the right time of day to enjoy the outdoor seating. Even so, the views of nature and of the nearby Discovery River make up for the lack of AC.

Animal Kingdom is home to two of the best live shows in all of Disney World.

Theme parks don’t often make the huge investment needed to create a brand new musical score and a Broadway-styled production. However, Disney made that investment for Finding Nemo: The Musical. In my opinion, that investment really paid off. While the original Finding Memo movie wasn’t a musical, watching this show in the Theater in the Wild somehow still manages to take you bring back the feelings from the movie in a fresh and fun way. This show is a must-see.

4 – Festival of the Lion King

There is a reason why Disney spent some big bucks to relocate a fifteen year old show from the Camp Minnie Mickey section of the park to the Africa section. No, it’s not just because they were going to build Avatar. There is also a reason why this musical has consistently been one of the most highly rated attractions in all of Disney World. What is the reason? Because the show is fun! Great music, colorful costumes, talented performers, and audience participation all come together to make for a fun experience no matter how many times you’ve seen the show or the movie.

Animal Kingdom has three top-tier attractions that you can’t find anywhere else.

Where else can you see live lions, zebras, and giraffes wandering freely around natural habitats? Outside of Africa there aren’t many places that are like Kilimanjaro Safaris. It’s a fun, educational adventure that is different every time you visit. Plus, you don’t need to take out your passport to visit.

What combines time travel, a meteor strike, and Phylicia Rashad in one thrilling attraction? Dinosaur, of course! Dark, fast, jerky, and exciting, this thrill ride is a lot of fun and adds some scifi excitement to Dinoland USA.

It’s the most expensive roller coaster ever built, at least according to the 2011 book of Guinness World Records. Considering Disney had to build a large queue to hold guests, a huge animatronic Yeti (which sadly doesn’t work quite right any more), and an entire mountain, the price tag of $100 million makes sense. Disney got its money worth, however, in that it has one of the most unique and thrilling roller coasters in the world in Expedition Everest.

Are you a fan of Disney’s Animal Kingdom?