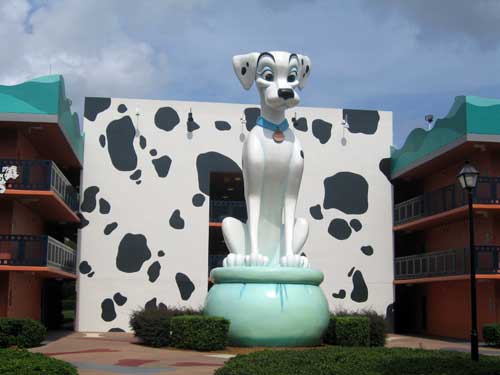 Ten Tips for Taking your Service Animal to Disney World

House pets are generally not welcome in Disney World, but if you have a service animal, they can join you nearly anywhere at the resort.

However, there are some things you need to know before bringing your service animal with you.

1. How Disney defines a service animal

Disney defines a service animal as “a dog or miniature horse trained to do work or perform tasks for the benefit of an individual with a disability.” Oftentimes, they open doors, retrieve items, and do other helpful things for people who cannot do these things on their own. Without these service animals, people with disabilities would have a much harder time completing daily tasks that many people take for granted.

Please note: If you see a service animal in the parks, resist the urge to pet him or her. They may be cute, but they have a job to do and you don’t want to throw them off.

2. You must retain control of your animal

If you’re bringing your dog or horse onto Disney property, you must be able to retain control of him or her. This is usually done with a leash or a harness. You must not let your animal roam freely or get unruly.

You should also know that Cast Members aren’t allowed to help you with your animal. If you visit an attraction on which you cannot take your animal, you’ll have to use Rider Switch where another member of your party stays with the dog or horse or use a portable crate to keep him in while you ride.

Guests must control their service animals.

3. Know where you’re not allowed

When you go to Disney World with your service animal, you will use the same entrances that guests in wheelchairs use whether you’re in a wheelchair or not.

There are some restrictions regarding attractions. Understand that these rules are for the safety of your animal.

In Epcot, restrictions include Mission: Space, Test Track, and Soarin‘.

Disney’s Animal Kingdom, ironically enough, is the most difficult park in which to have a service animal, and restricted areas include Rafiki’s Planet Watch Affection Section, Kali River Rapids, Expedition Everest, Primeval Whirl, and Dinosaur.

While some attractions restrict animals completely, others allow animals with caution. In Magic Kingdom, these include Prince Charming Regal Carrousel. Spaceship Earth and Innoventions in Epcot and The Great Movie Ride and Toy Story Mania in Hollywood Studios involve precautions. Finally, Animal Kingdom’s It’s Tough to be a Bug, Kilimanjaro Safari, Gorilla Falls Exploration Trail, and the Aviary in Maharajah Jungle Trek allow animals with caution.

Be sure to check with Guest Relations for the latest rules and restrictions.

There are specific areas designated especially for service animals. With the extreme heat in Florida, Disney knows that even animals need a break. In some cases, relief areas are backstage so the animals get take a break from all of the hustle and bustle of being on stage.

Every park has relief areas for service animals. Just because these areas are designated for your service animal, you should be sure to clean up. Don’t forget your plastic baggies!

Hollywood Studios has two locations including in front of the First Aid area and in Echo Lake next to ABC Sound Studio Restrooms.

Finally, Animal Kingdom has the following locations: Dinoland U.S.A, and Asia near the restrooms in all locations.

5. Know where you can stay

Besides the parks, you’re allowed to bring your service animal to any of the Disney resort hotels. However, as is true with having your animal anywhere, you must make sure that they are not being rowdy or obtrusive. Plus, you’ll want the Cast Members to be happy that your dog is staying there and be willing to welcome you both back. 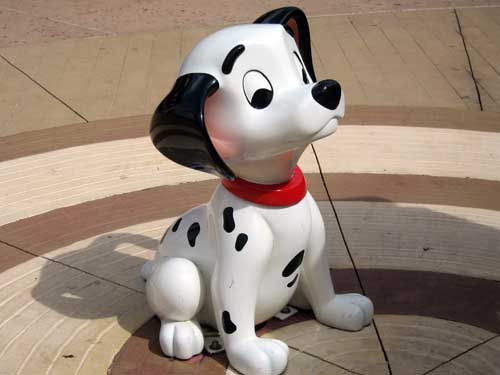 Service animals are welcome at Disney Resorts, but please note that pets are not.

One way to do this is to make sure that you clean up after your dog in the room. At some point, you’ll need to feed and water your animal. Doing this on a hard floor as in the bathroom or kitchen (if your accommodations have one) will make wiping the floor up when they’re done much easier. Further, if your room is equipped with a vacuum, it’s a good idea to vacuum especially if your dog sheds. If your room does not have a vacuum, leaving an extra tip for Mousekeeping is a polite way to say “thank you.”

6. Know how to get around

Getting around in Disney World is half the battle. On the monorail or ferry, basically your dog should be well-behaved and not disruptive of other guests.

If you’re traveling on a bus or in a van, it’s a little trickier. Since there are strict rules for the safety of all passengers, your dog or horse must be in a seat next to you or on the floor in front of you. He or she cannot obstruct the aisle of the bus or van in any way.

You might need vet records proving that your dog or miniature horse is healthy and has all of his or her vaccinations and that he or she is indeed a service animal. Most places will be perfectly fine with your dog joining you, but being able to prove that he or she has the legal right to be there will help.

When making your Advanced Dining Reservations, you should reserve space for your service animal as a plus one. You can do this much like you would for a baby. For example, if there are two dining guests in your party, reserve two plus one. Explain to the reservation agent that you’ll have your service dog with you.

Furthermore, plan to arrive at the restaurant early. When you enter with a dog, you might have some explaining to do. The host might also have to find a different table than they had planned if it’s not the right height or if it would put you or your animal in an interfering location.

Before you travel, it might be helpful to prepare your animal by brushing and grooming him or her. As I mentioned above, if your dog sheds, getting him clipped could cut down on the amount of shedding. It can also help to cope with the Florida heat.

Finally, it might be a good idea to bring things that may not be necessary but could come in handy. Hopefully your animal won’t get sick or have any issues while you’re on vacation, but having a stash of some medicines could be helpful. In order to do this, you’ll need a to have a good relationship with your vet. Of course, if you have a service animal, you probably already do!

Do you know anyone who has taken a service animal to Disney World?