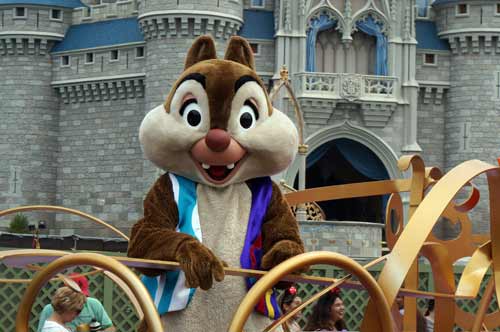 Scalping Disney Dining Reservations: Is This Going Too Far?

Disney has created a world where reservations are critical in order to see and eat everything you want to during your Disney Vacation. In fact, many guests who have booked their vacation months or years in advance are sitting at their computer at 6 AM 180 days before the first day of their vacation, which is the first day that dining reservations can be made whether you’re staying on- or off-property, visiting the resort, or are a local Orlando resident.  Guests can link these Advanced Dining Reservations to their My Disney Experience accounts, together with FastPass+ reservations for attractions, to pre-plan much of their vacation.

Restaurants like Be Our Guest in Magic Kingdom, California Grill at Disney’s Contemporary Resort, and Victoria and Alberts at the Grand Floridian are just a few of the restaurants that not only encourage but almost require Advanced Dining Reservations. There are also three dinner shows that require both reservations and full payment in advance: Hoop-Dee-Doo Musical Revue and Mickey’s Backyard BBQ at Disney’s Fort Wilderness Resort and Spirit of Aloha Luau at Disney’s Polynesian Village Resort.

In order to get the most sought after reservations, some guests make several reservations for the same day and time then cancel the ones they don’t want a few days before. This isn’t a bad idea since it does allow for choices, but it hurts the reservation system and limits the number of reservations available for other guests. What’s more, Disney charges $10 per person for reservations canceled less than 24 hours before or for no-shows on reservations. If you forget to cancel, it could cost you dearly.

Since dining reservations have become so difficult to snag, some websites have created a solution where in they do the work for you for a fee.

Sites like Disney Dining Buddy, Disney Dining Scout, and WDW Table Finder search the Disney site for open reservations then notify customers when a table becomes available. Guests will specify what they’re looking for and these sites search for criteria that match the guest’s requests. The charge for this service ranges between $1 and $8.

The problem with this “solution” arose when another site took things a step further. DiS Dining Agent, which went live a few weeks ago according to its Twitter account, allows guests even more guarantee of a spot. For a fee of $15, guests can choose from a list of specific reservations that already exist, add it to their cart, and check out. In return, they’ll receive everything they need to check in at the restaurant including a confirmation number, the fictitious name under which the reservation was made, and access to the e-mail address connected to the reservation. For a smaller fee, between $6 and $10, DiS Dining Agent will cancel a reservation they’ve made and notify you exactly when it happens so that you will have a better chance of getting the reservation when it opens up before anyone else who may also be vying for a spot. Under this arrangement, your reservation will be made under your name eliminating the need for the aforementioned information.

It’s not only independent guests who are using these sites to circumnavigate the system; travel agencies have gotten in the game too. They say that these sites make their job not only easier but also possible since Advanced Dining Reservations have become increasingly more difficult to get.

Jacquee Wahler, a Disney spokesperson says Disney has no affiliation with these sites and that they interfere with the overall guest experience Disney works so hard to create. Although Disney is trying to find a way to solve the problem of scalping dining reservations, they have yet to do so.

So what’s Disney to do? I’ve come up with a two options.

1 – Disney could eliminate Advanced Dining Reservations all together and return to a first-come, first-served basis. However, this would probably frustrate more people than it would please, and would it really solve the problem of getting into Disney restaurants?  Probably not.  With Disney’s focus on advance planning, this probably won’t happen.

2 – Disney already discourages guests from making multiple reservations within two hours of each other, but it’s not impossible to do so. However, this doesn’t seem to be solving the problem either. Disney could limit the number of reservations that a person can make and require same-name reservations where they verify your name with your driver’s license or ID upon check in.  This would prevent any fictitious names from being used to get or claim a dining reservation, which would basically eliminate DiS Dining Agent’s main moneymaker.

Is The Reservation System Really Broken?

Some people have criticized Disney for creating a system that frustrates so many guests. They say that Disney created an overly complex system that makes it nearly impossible for guests to get the reservations they want.

I think that Disney has created a product that is in high demand and a culture of exclusivity that makes these reservations more sought after. Disney should make sure that people and companies don’t rig the system, but beyond that supply and demand takes over.

If anything, this should encourage Disney that they can easily invest in creating more dining experiences available to their guests.  This will make guests happier and will make more money for the company.

Do you think a company that scalps Disney Dining Reservations has gone too far?
Leave your comments below.