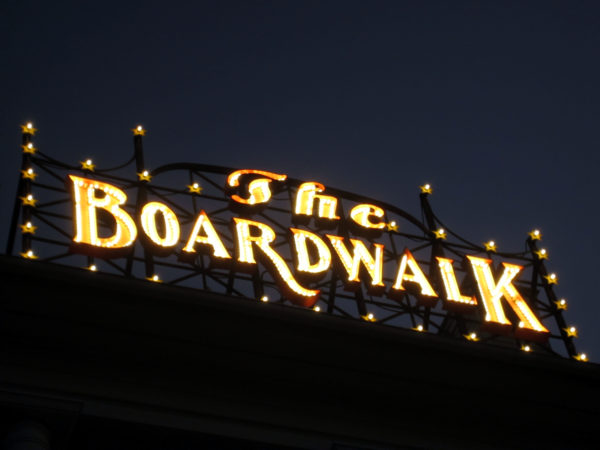 Disney’s Character Breakfasts are some of the most fun you’ll have at a meal. They’re usually reasonably priced, and you get to spend more meaningful time with your favorite characters than you would if you do the meet and greets in the parks.

Disney announced in February that Trattoria al Forno at Disney’s Boardwalk would be getting a character breakfast, but no specifics beyond that were given.

Now we know that the meal will be called “Bon Voyage Adventure Breakfast”, and diners will get to meet some of their favorite royal couples like Ariel and Prince Eric from The Little Mermaid and Rapunzel and Flynn Rider from Tangled. What’s nice about this breakfast is that both the princesses and the princes will be in attendance.

Bon Voyage starts April 2nd, so any reservations after that date will be character dining. Since vacationers have already made their Advanced Dining Reservations, it might be difficult to get in anytime soon even though you can officially book the character dining experience starting March 1.

Bon Voyage will cost $34 for adults and $20 for kids aged 3 to 9, and from the looks of the menu, you get a lot for your money! The meal starts off with a choice of either a fresh fruit salad or a mixed berry parfait and pastries like braided breakfast bread. Meal options include omelets like the Swimmers di’light, which is served with smoked salmon, spinach, mushrooms, tomatoes, goat cheese, and roasted potatoes, breakfast calzones like the Shipwreck al Forno with scrambled eggs, bacon, sausage, and cheese, breakfast sandwiches like Two Eggs Poached Under Water, which is served on Ciabatta bread, and frittatas like the Golden Frittata with prosciutto, peppers, onions, Romano cheese, and roasted potatoes.

There are also classic breakfast meals like the Tangled Eggs (scrambled eggs and roasted potatoes), the Tower of Pancakes served with bacon or sausage, and the Royal Breakfast, which is steak and eggs with asparagus, onions, and potatoes.

Kids can choose from any of the above including a Little Royal Breakfast, or opt for Mickey Waffles or Mickey Pancakes.

All non-alcoholic beverages are included in the price of the meal, but adults can order mimosas, cappuccino, Peach Bellini, and more at an additional cost.