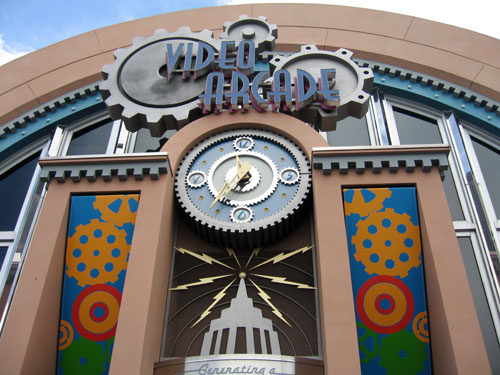 Most Disney resort hotels, from value resorts like the Disney’s All-Star Sports Resort to deluxe resorts like Disney’s Contemporary Resort, allow guests to play games where they earn points. They can then redeem the points they have earned at prize redemption counters. Disney is removing the ability to win points for prizes, as well as claw games that allow a guest to maneuver a claw in an attempt to pick up a prize from within the machine.

Disney has confirmed that it is removing the claw games and prize redemption counters, but hasn’t officially said why.

Some folks have an idea.

Florida’s internet café law states that you can’t win more than 75 cents in prizes each time you play, and that you must play with actual coins. Disney’s machines work with cards and not coins, and it is possible in some games to win prizes worth more than 75 cents (especially with the claw games).

Florida put the law in place after an investigation into an organization called the “Allied Veterans of the World.” That group called itself a charitable group for vets, but only gave 2% of its profits to veterans.

Several lawsuits have popped up since Florida passed its internet café law in 2013. People who don’t like the law, specifically the lawyers for the Arcade and Bingo Association, have sued family-friendly places like Chuck E. Cheese and Dave & Buster’s. These lawsuits are still making their way through the system.

In addition, an investigator for the Arcade Association made a complaint about the games in Disney’s Resorts to the local sheriff’s office. However, that investigation showed that Disney wasn’t violating any laws.

Still, the games are coming out.

A company called JFH Technologies maintains the games for Disney. Web site Manta estimates that JFH has $1.6 million in revenue with 81 employees. Reports state that JFH will need to lay off several of its employees as a result of the change. Disney, however, has agreed to redeploy all its employees who worked at the redemption counters.

Interestingly, Disney plans to close the Tomorrowland Arcade on February 8. Disney will move games from that location into its resort hotel arcades to replace the machines that award points.

There is no word on Disney’s plans for the Tomorrowland Arcade.

Are you glad Disney is removing its arcade games that dispense prizes?