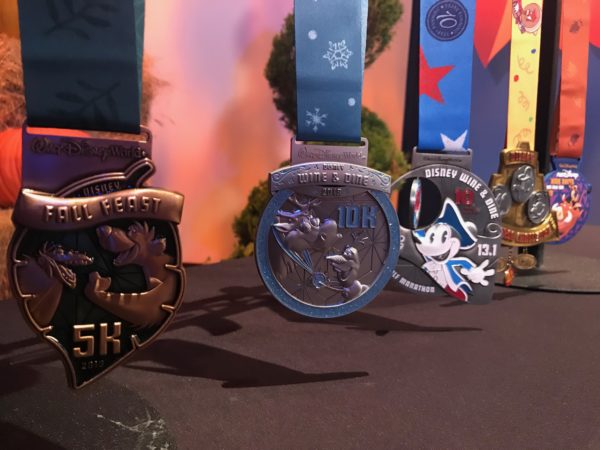 Exercising is an important part of a healthy lifestyle, and running is one of the easiest (read: no accessories required) ways to not only get your heart rate up but also get your steps in for the day. Running, however, takes a lot of training, dedication, and commitment.

If you’re a runner, reward yourself by attending a runDisney race!

There are lots of opportunities including 5k, 10k, half-marathons, marathons, combination challenges, and even events just for kids! runDisney weekends even offer ChEAR Squad Packages for runners’ cheering sections and Health and Fitness Expos during every race weekend. Plus, if you can’t make it to Florida, you can participate in a virtual runDisney event from anywhere within the US and even earn a medal!

Runners’ cheering fans can get their ChEAR Squad Package now for between $55 and $85, and the runDisney Health and Fitness Expo will be held from October 31 to November 2 at the ESPN Wide World Of Sports Complex.

Runners cruising on the Disney Cruise Line can participate in the Disney Castaway Cay Challenge on January 15th at a cost of $80.

Registration for the ChEAR Squad will open soon, and anyone can attend the Health and Fitness Expo all weekend!

Registration for the ChEAR Squad packages will be opening soon!

The Star Wars Rival Run Weekend will be held in mid-April 2020 at Disney’s Hollywood Studios. All of these races still have availability!

ChEAR Squad Packages will be open soon, and the runDisney Health and Fitness Expo will be from April 16-18.

As I mentioned, you don’t have to go to Disney World to participate in a runDisney event! Disney is hosting the Star Wars Virtual Half Marathon from January 1st through March 31st, 2020. Completion of virtual marathons is based on the honor system, and runners can download their completion certificates from the finishes website. Participants pay $59, and a medal will be sent to you. If you’d like to combine the Star Wars Virtual Half Marathon with an on-property run, there are options for that as noted above.

To register for any of these races, head over to the runDisney Event page.

Ever participate in runDisney event?  Want to?