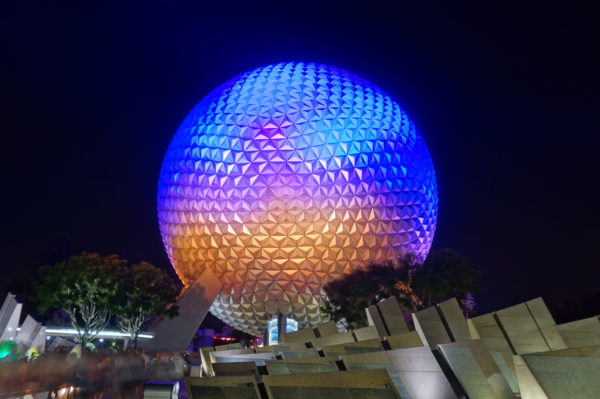 Epcot Center opened in 1982, and while several attractions have come and gone, Epcot has, in many ways, stayed largely the same. Estimates suggest that Epcot’s attendance peaked in 1997 while all other parks peaked in more recent years.

Disney has spent lots of money lately updating the other parks including New Fantasyland at Magic Kingdom, Pandora at Disney’s Animal Kingdom, and Star Wars and Toy Story themed lands coming in a couple years to Disney’s Hollywood Studios.

Epcot seems to be left behind, but not anymore!

Bob Chapek, President of Disney Parks and Resorts has summoned veteran Epcot Imagineers for the project. They’ve been instructed to stay true to the park’s original vision while providing relevant attractions with some staying power.

What might that be? Well, no one really knows.

Rumors are circulating, but some are more credible than others. All of this information is just that: rumors. Disney hasn’t confirmed anything besides the fact that the Imagineers are on the job.

Epcot was the first non-castle park Disney ever built, and there weren’t many characters until the park was open for a year. We’ll never see an area again that doesn’t indulge in intellectual property because that is Disney’s bread and butter, but there are ways to satisfy Disney executives, shareholders, and fans.

Don’t get too excited. It’s unlikely that any of these things will happen until after Disney’s Hollywood Studios is complete in 2019, which means the earliest that anything major will happen is a few years after that- probably early 2020s.

Let’s take a look at ten rumors swirling around Epcot.

Figment lies at the bottom of the list because this rumor is least likely.

Journey into Imagination has gone through three transformations to get to the current one. First, Figment played a primary role teaching guests about Art, Literature, Science, and the Performing Arts.

In 1999, Journey into YOUR Imagination opened sans Dreamfinder and very little of Figment. Dr. Nigel Channing replaced Dreamfinder and now discussed sound, illusion, color, gravity, and connections, which Channing claims are all important in the creativity process. While this incarnation featured improved technology, it did not include Dreamfinder and Figment, which outraged fans.

While Figment has established quite a following among returning guests, it’s hard to get new guests on board. Poor little Figment is just not as popular with new visitors. The questions is whether Figment can survive a massive Epcot refurbishment.

It’s not unlikely that Imagination could take a lesson from Frozen Ever After in the Norway Pavilion and become movie based.

Another rumor is that this attraction could get a steampunk version of Dreamfinder themed after the Society of Explorers and Adventurers, which Disney has been adding to its parks all around the world.  That would be interesting, but I’m not betting on it.

The United Kingdom Pavilion in World Showcase is a quiet respite on the around-the-world tour. The buildings are beautiful, the gardens are beautifully maintained, and the tea room sells amazing teas.

There isn’t an attraction in UK, but there are character appearances from Winnie the Pooh and Friends and Mary Poppins. There’s also an musical group that plays Scottish, English, and Irish music Wednesday through Sunday. They also have traditional fish and chips in a few different locations including the table-service Rose & Crown Dining Room, the near by Rose & Crown Pub, and the walk-up quick-service window Yorkshire County Fish Shop.

Some say that the United Kingdom could be getting an attraction.  Rumors have suggested everything from a Loch Ness Monster theme to a Mary Poppins theme. It doesn’t seem like this is a top priority or very likely, but the rumors have been swirling.

Disney*Pixar is releasing a new movie named Coco in the fall of 2017 with a young Mexican boy as the main character. He loves music, but his family has banned it saying there’s no future there. Miguel follows his dream and meets some interesting friends along the way.

He represents a culture that hasn’t been visited by Pixar.  Assuming the current story holds and Miguel explores the holiday “dia de los Muertos” (day of the dead) accurately and authentically, he will be a huge hit.

This could mean that Miguel will make his way into the Mexico Pavilion. It is most likely that he’ll appear first for a character meet and greet. It’s also possible that he could make his way into the Gran Fiesta Tour. The problem is that this attraction has recently received an audio-animatronic update and with it a resurgence in popularity. It also has a very limited queue space.

If the movie is a hit, Disney might find a way to put Coco into the tour. If not, they’ll invest their money elsewhere.

There have been many rumors of new pavilions coming to World Showcase throughout the years including Equatorial Africa and Israel, both of which Disney officially announced but didn’t build. Other considerations included Russia, Greece, Egypt, and Iran. These are all unlikely now for various reasons but mostly because of controversy.

Spain is another unbuilt but considered pavilion, and it now seems the most likely. What’s more, Walt Disney Studios is working on a movie that will be released after Frozen 2 called Gigantic. It’s set in Spain and loosely follows the story of Jack and the Beanstalk. Could it be that a Gigantic themed ride would be part of the Spain pavilion? Maybe, but the original concept was a culturally themed dark ride much like the pavilions of old plus a film and tapas restaurant.

Spain isn’t the only country that could be coming to Epcot. Brazil is also a rumored pavilion addition. The US and Brazil have good relations, and Brazil is full of natural beauty and culture. What’s more, Brazilians visit Disney World more than any other international demographic. It only makes sense to give these visitors a familiar place in World Showcase.

Whether it’s one of both countries, it’s possible that Epcot will finally see the long-rumored pavilion expansion. Since crowds are ever increasing in Epcot with festivals being a year long thing now, Disney needs to increase capacity and attractions.

The Universe Of Energy Pavilion has had three versions of the ride since it debuted on opening day. From 1982 to 1996, the ride presented information on energy through films and audio-animatronic dinosaurs. In the summer of 1996, all of the original films were used, but the audio-animatronics were not present because the attraction was supposed to be closed. When the whole attraction reopened later that year, Ellen DeGeneres’s audio-animatronic was added, as was the Jeopardy pre-show.

Disney needs to do something to give this attraction a jolt (sorry, I couldn’t resist).

Rumors have been circulating that Guardians of the Galaxy could be coming to Walt Disney World. First, we weren’t sure whether the Twilight Zone Tower of Terror in Disney’s Hollywood Studios or Disneyland was going to get the redo, but now we know that the Tower in the Studios is safe. Now, rumors are that Guardians will be coming to the Universe of Energy. While this was a very real consideration, Disney has already said that the roller coaster design might be too expensive.

When you think of The Land pavilion, you probably think of Soarin‘ since it’s the most popular attraction in the building and one of the most popular in the park with the only real competition being Test Track and Mission Space.  Living with the Land is also popular, but it needs a makeover as does the old film Circle of Life.

Some areas of this pavilion are vibrant and full of life, and the other parts get a pass because of the bright spots, but it’s time to refresh the pavilion. It’s very likely that these things are on the list for the Imagineers.

France was an opening day pavilion in World Showcase, and it features some classic Parisian flair like the Eiffel Tower and some of the best and most authentic cuisine in Disney World. What it lacks is anything decidedly Disney.

Impressions de France is as old as the pavilion itself, and while it’s a really good movie, it is a bit dated. Moving in a Ratatouille attraction following the movie’s rat characters on an adventure through France would not only allow the tradition of discussing culture to continue but also introduce Disney’s intellectual property to the pavilion.

Another possible attraction (in place of not in addition to) is a version of Hong Kong Disneyland’s Mystic Manor, which s related to the Society of Explorers and Adventurers, which Bob Chapek, Chairman of Disney Parks and Resorts, has said will get a larger presence in the coming years.

It would be an easy construction because there is an empty expansion pad right next door. The impact on the guest experience would be minimal during construction.

As soon as you enter Epcot, you see Spaceship Earth. This iconic geosphere is the statement attraction for a park built on the future, but it seems ironic that what looks like a graveyard lays in the forefront. These columns are called “Leave a Legacy”, and they display names and pictures of people who have invested in Epcot over the years.

Rumor has it, though, that this area will be completed renovated to include a fountain at the entrance. It fits better with the theme of the whole park, and it’s more inviting. It would also provide a better backdrop for photos in front of Spaceship Earth.

Illuminations premiered as part of the millennium celebration in Disney World. It was so successful that Disney dropped the association with the year 2000 and continued the show. It’s received several awards including eleven years (2005-2015) of Best Outdoor Night Production Show in the Golden Ticket Awards.

The show has been running for close to two decades, and it might be time for a remake. Many people think that a major update will be coming for Disney’s 50th anniversary in 2021.

Innoventions East and West opened in 1994 with the idea of installations that weren’t permanent and could change easily with the times. This kept up for a while featuring virtual reality when it first opened then transforming to Innoventions: The Road to Tomorrow for the millennium celebration. Unfortunately, most of Innoventions has closed, and Colortopia Presented by Glidden is the only attraction in the building. The only other attraction in the buildings is character meet and greets with Mickey, Minnie, Goofy, Joy and Sadness from Inside Out, and Baymax. There’s also a relaxation area where you can grab a seat and munch on some snacks and drinks.

This area desparately needs a makeover. It’s a sad representation of the overall goal of Epcot. If the rumors are true, Innoventions will be completely gutted and redone with new wiring and plumbing. With a two totally empty buildings, Disney could do anything here. I hope it’s more an a character meet and greet.

What would you like to see change at Epcot?