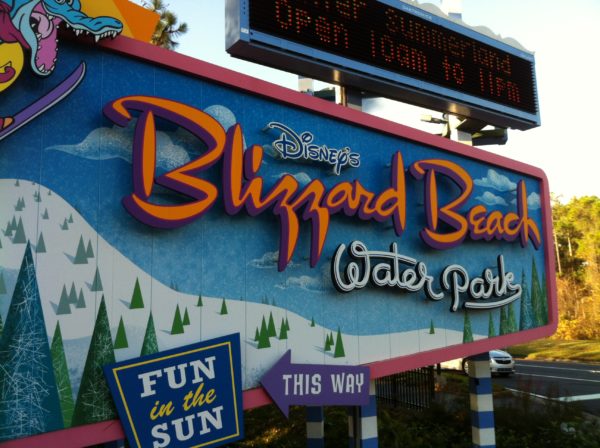 Rumor: Will Blizzard Beach Finally Getting an Update?

Blizzard Beach opened over two decades ago, and it hasn’t received many significant updates since.

Well, it might be time for Blizzard Beach to step into the limelight.

The Red Slope, which is home to one attraction with three different slides called Runoff Rapids, closed earlier this year with no explanation, but eagle eyed visitors have spotted what appears to be preparation for construction happening in the area behind the parks main mountain. Disney hasn’t filed any permits with Reedy Creek Improvement District yet, but they have to check the soil and land stability before they can file permits, so this makes sense.

Disney’s Blizzard Beach is considered to be more thrilling than Typhoon Lagoon boasting one of the world’s tallest body waterslides (which nearly scared me to death) and the world’s longest family white water raft ride.

Although Disney hasn’t made a statement on why the Red Slopes closed or if a new attraction could be opening in the area, it’s likely that whatever it is will be opened or at least reopened before the 50th anniversary of the resort in 2121.

Does Blizzard Beach need an upgrade?