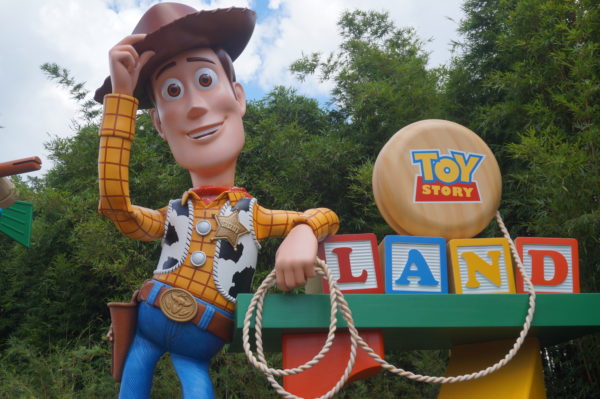 Over the last couple years, Universal Orlando has been accumulating land around its current resort including over 540 acres just outside of the resort. This recent purchase, if developed, would more than double the size of the resort, which is currently around 320 acres.

Universal filed development plans with the county, and it’s only a matter of time before they add at least one more theme park, some hotels, and other entertainment like shopping and dining.

The fight between Comcast and Disney goes back farther than these two resorts, but the competition in Orlando seems to be symbolic of the two companies’ histories.

Disney World has long been the leader in the area, but Universal gained momentum when Wizarding World of Harry Potter opened in 2010.

However, Disney has been investing more in their properties lately, garnering more of the market.  Disney has made significant additions virtually annually including New Fantasyland in Magic Kingdom, Pandora – The World of Avatar in Disney’s Animal Kingdom, Toy Story Land in Disney’s Hollywood Studios, and a major retheming of Disney Springs.

There are also many more additions promised. With Disney Worlds 50th anniversary approaching in 2021, Disney has promised 50 magical additions to celebrate. Star Wars: Galaxy’s Edge will open in 2019, and Mickey and Minnie’s Runaway Railway, Guardians of the Galaxy, Tron, and Ratatouille-themed attractions are already under construction. Add a few more hotels which are either in development or construction phases, and even Universal’s major land purchase doesn’t stand a chance to catching up to Disney at least for a few years.

Disney’s announced improvement plans, for right now, includes short-term goals. All of these things will arrive in the near future. Universal’s rumored plans, on the other hand, is looking far into the future. Since they’ve already lost some market share and Disney is gaining, they’re going to have to wait until Disney takes a break in 2022 to get any footing. Even still, it’s going to take several massive additions to reach Disney level.

A new park for Universal:  Would you go?