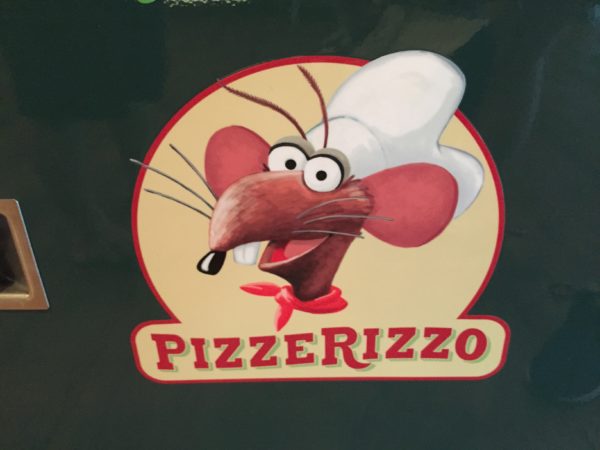 I was there shortly after PizzeRizzo opened in 2016. Less than two years later, rumors are swirling that the new pizza restaurant in Disney’s Hollywood Studios may be closing!

When PizzeRizzo opened, fans of the Muppets rejoiced taking it as a sign that the Muppets were safe and might even expand in Disney World. This was a welcomed relief because Muppet*Vision3D was one of the last projects that Jim Henson worked on before he passed away.

Even still, when PizzeRizzo opened, fans were dismayed that there was little Muppet theming, and the pictures of Muppets on the walls seemed like an afterthought. Instead, the restaurant had a distinct New York City pizzeria style.

As a side note, this is quite ironic since the area including both PizzeRizzo and Muppet*Vision3D was first called Muppets Courtyard then shortly after renamed Grand Park after Grand Avenue in Los Angeles.

So why is there a NY style restaurant in the middle of LA?

There are many potential reasons for this closing.

First, PizzeRizzo replaced Pizza Planet, which was not especially popular with Disney World guests. However, it was only the theming of the restaurant that was changed; the menu remained nearly identical. The overarching problem here is that, even with all of the other things that Disney does so well, they can’t manage to make a good quick-service pizza pie.

Another problem could be that the restaurant is situated in the back corner of the park through a maze of construction walls. Could it be that people just can’t find it? If you don’t wander back to the area to visit Muppet*Vision3D, you’d never come across PizzeRizzo.

Fortunately, this problem could be resolved by this time next year. While we don’t have an exact opening date, we have been told that Star Wars: Galaxy’s Edge will be opening sometime in the Fall of 2019, which will effectively remove all of the construction walls covering the area. When this happens, we expect a massive influx of people into the area. Could some of the overflow end up in Muppets Courtyard (known as Grand Park)? If so, PizzeRizzo could become a seasonal restaurant or reopen fully once Star Wars: Galaxy’s Edge is fully operational.

PizzeRizzo: close it forever, make it seasonal, or reopen later?