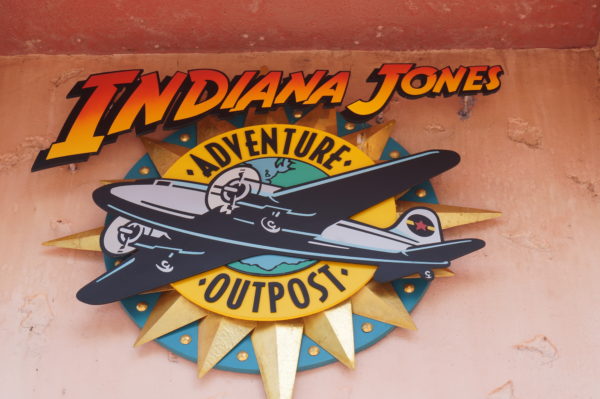 It’s long been rumored that Indiana Jones could be getting his own themed land. Ideas have been thrown around for Epcot and Disney’s Animal Kingdom, but the World Showcase pavilions that would host the character haven’t happened and Indiana Jones fighting Dinosaurs didn’t really fit the overall theme of a conservation-themed park.

Even as Toy Story Land has barely been open for six months, Disney’s Hollywood Studios hasn’t seen the increase in attendance that they expected. The park is still banking on the massive new Star Wars: Galaxy’s Edge land, but Imagineers are aware that it might take more than these two new areas to give the Studios the boost that it needs to be as successful as the other parks.

Disney Imagineers have let some information leak lately that would include updating one of the few attractions that survived the remake of Disney’s Hollywood Studios:  Indiana Jones Epic Stunt Spectacular, which focuses on showing guests how movies are made, hasn’t seen many updates over the years except removing some potentially offensive theming.

Hollywood Studios is shifting its focus from how movies are made to actually experiencing the movies firsthand, and the current Indiana Jones show doesn’t really fit that theme.

The proposal uses eight acres of Disney’s Hollywood Studios’ Echo Lake and would reportedly replace the current stunt show and the surrounding area with an e-ticket, outdoor rollercoaster attraction plus an indoor family attraction, a bar, dining, and retail establishments.

These new attractions would compete with the nearby Star Wars-themed attractions. However, it likely won’t happen, if it happens at all, until well after the 50th anniversary. In fact, insider leaks are saying it would be sometime within the next ten years, and plans can certainly change in that span of time.  It could depend, in part, on how well future Indiana Jones movies perform.

The leaked plan even includes linking the new Indiana Jones Land to a new and nearby themed resort, much like Disney will link the new Star Wars: Galaxy’s Edge land to a Star Wars themed hotel. The multi-day experiences associated with the Indiana Jones land and the new hotel would include not only Hollywood Studios but also other places in the Disney’s Animal Kingdom.

The Indiana Jones Epic Stunt Spectacular amphitheater has, historically, been used for much more than just a stunt show. It hosted, among other things, cheerleading competitions. Since Disney recently added on to the ESPN Wide World Of Sports Complex to add more space for such events, the amphitheater is no longer used for this purpose, so not much would be lost by removing this attraction – aside from some profit-making corporate events.