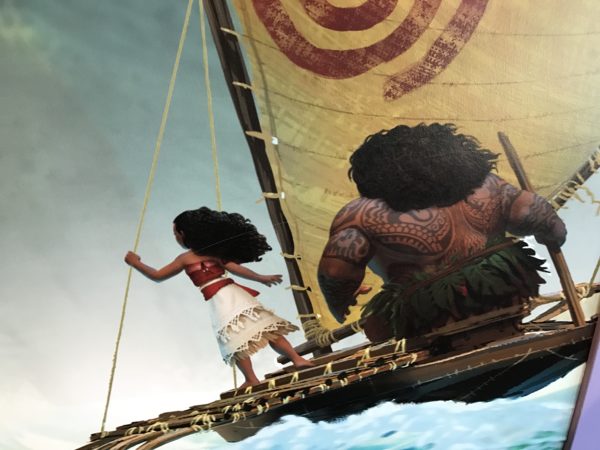 Rumor: Is Disney Building Another Mountain?

Things have been heating up between Disney World and Universal Orlando lately.

There have always been disagreements among fans of both about which one is better, but the theme parks are pitting themselves against each other now, which means more choices for theme park fans.

Universal Studios recently built a water park named Volcano Bay, and they’re working on other expansions. While the resort isn’t nearly as large as Disney World – they have a long way to go for that – they are gaining in recent years.

Disney probably isn’t too worried, though.

If the rumors are true, Disney could be building their own volcano.

This isn’t a new idea. In fact, an attraction known as Fire Mountain is said to be “shovel ready.” This South Pacific- themed attraction has taken several forms over the years, but now it looks like it will be inside a volcano-shaped show building facing Disney’s Polynesian Resort and would be themed for the recent hit movie Moana. In the movie, Moana defeated a demonic volcano and returned the Heart of Te Fiti. Once the heart was returned, the volcano went dormant and her people’s land was healed.

The rumor of the volcano began when Disney raised height balloons near the Jungle Cruise in Adventureland in March 2017. These balloons are used to test sight lines before an attraction or structure is built, and Disney uses them quite frequently.

Those supporting this rumor note that Disney World’s 50th Anniversary is coming up soon (in 2021) and say that a big addition would celebrate the occasion appropriately.

We already know that Moana will be heading to Magic Kingdom for a meet and greet soon; she’ll likely be meeting guests this summer in Adventureland. Some even say that it might take over the Enchanted Tiki Room. If that happens, the audio-animatronic birds could stay,  move to the Skipper Canteen, or eventually to a new signature dining restaurant to be built in Adventureland. A restaurant with animatronic birds was, after all, Walt’s original plan.

If all of this comes to fruition as the rumors suggest, Adventureland could see a large expansion including the new volcano attraction, a re-themed Enchanted Tiki Room, and a new table-service restaurant.

An unrelated rumor suggests that Tron might be coming to Tomorrowland. Whether both of these expansions would happen simultaneously or even back to back is unconfirmed. When you consider that Disney’s Hollywood Studios is begin radically rebuilt, Disney’s Animal Kingdom has almost completed their largest expansion ever, and there’s also an update rumored for Epcot, it’s all about how much money Disney wants to spend to accommodate their ever increasing crowds.

Would you like to see a Moana expansion in Adventureland (complete with a new volcano)?