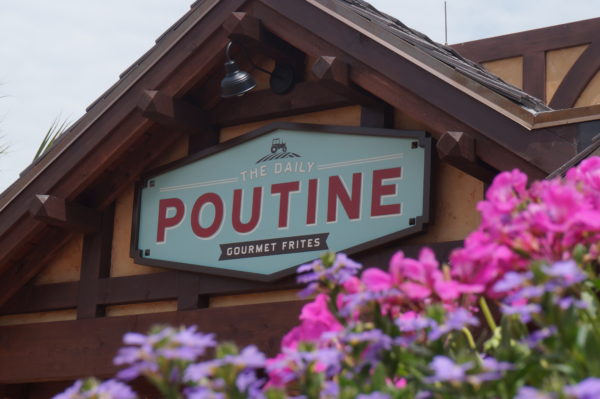 In 2004, Epcot lost a delicious eatery in the Canada pavilion of World Showcase. BeaverTails, which sold the Canadian delicacy by the same name, attracted long lines for the snack in the shape of Canada’s favorite animal’s tail. The small kiosk was called Trapper Bob’s Beaver Tails.

Fans revolted and petitioned to have BeaverTails returned, but to no avail.

Since BeaverTails left Epcot, there hasn’t been anywhere in the state to get them.  The Montreal-based company (BeaverTails Brands, Inc.) that serves the popular delicacy, which started in 1978, has returned once a year to the International Association of Amusement Parks and Attractions – the trade show for the amusement park industry that takes place in Orlando.

So just what is a BeaverTail?

A BeaverTail is a fried whole wheat pastry in an elongated oval shape covered in your choice of toppings including cinnamon and sugar, chocolate hazelnut and sugar, maple and chocolate, strawberries and whipped cream, apples and cinnamon, and Killaloe sunrise (cinnamon sugar with freshly squeezed lemon juice) plus Oreos, chocolate chips, and more.

Now, if rumors are true, you just might be able to get your hands on some of these delicious tails.

The new dining location, which could be a cart, a food truck, or an entire building, will reportedly be in Disney Springs and be different and larger offering more than just BeaverTails. Poutine, signature beverages, and Beaver Dogs (Nathan’s Hot Dogs wrapped in BeaverTail pastry), could all be on the menu.

It’s unclear whether Daily Poutine, which has earned huge popularity in the last year, will be added to or not, but it’s unlikely that it will close. No date has been announced and nothing is official yet, but I’ll keep you updated on any new developments!

Ever tried BeaverTails? Want them return to Disney World?