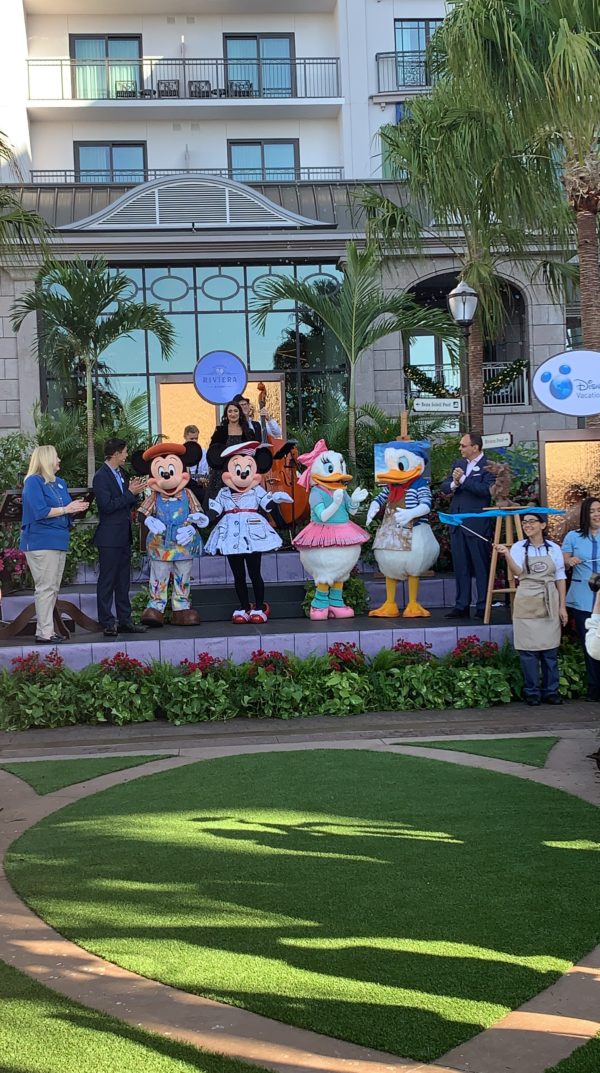 Disney’s Riviera Resort is officially open. Thanks to the nice folks at Disney Media Relations, I was at the dedication ceremony where they debuted the Riviera Resort exclusive outfits for Mickey, Minnie, Donald, and Daisy!

Disney’s Riviera Resort is a very special addition to Disney’s portfolio because it honors Walt and Lillian’s love of the European Riviera, which is known for its history of art. As the story goes, these characters have come to the Riviera to study different forms of art. Mickey is a painter. Daisy is a dancer. And Donald is a sculptor. Minnie Mouse is a poet.

You can see these characters dressed in their Riviera finest during the Breakfast a la Art at Topolino’s Terrace!

Disney’s Riviera Resort debuted these outfits and personas on December 16th, 2019 during the opening ceremony.