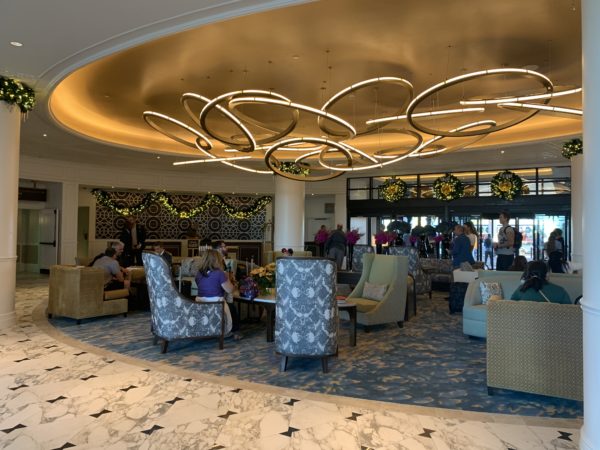 It is inspired by the French and Italian Riviera, but it is uniquely Disney with some luxurious touches and some hidden and some not-so-hidden Mickeys.

Let’s take a look at some of the interior details of Disney’s Riviera Resort, courtesy of the nice folks at Disney Media Relations!

One of the first interior spaces that guests see is the lobby, so it has to be inviting and reflective of the resort as a whole.

One of the most obviously absent elements of Disney’s Riviera Resort is concierge desks. There are a couple of desk locations, but I observed many of the front desk Cast Members inviting guests to make themselves comfortable in the many chairs spotting the lobby. The Cast Members then came to these areas to check guests in and provide information via iPads.

The beautiful lighting fixture above provides just enough light to complement the natural lighting of the floor-to-ceiling windows.

If you look closely, you’ll see some favorite Disney characters depicted in the carpeting! 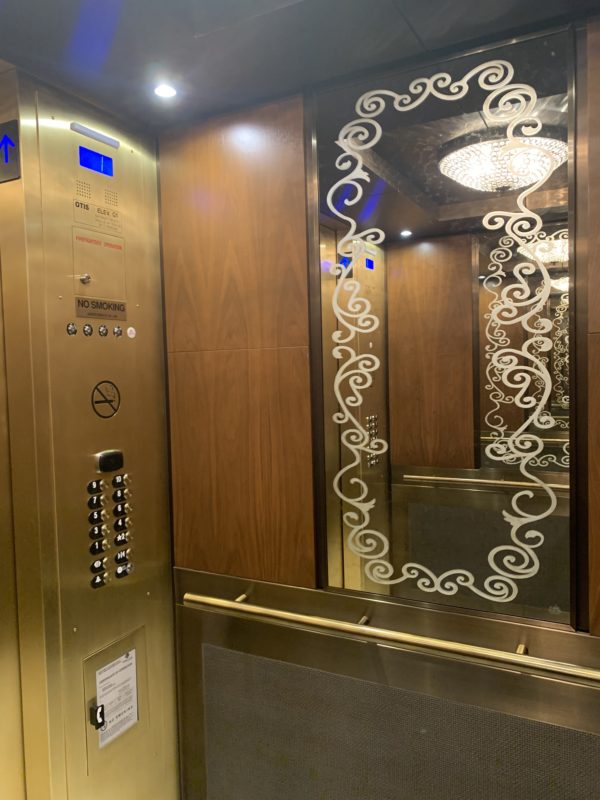 Remember I said that the hotel features some hidden and some not-so-hidden Mickeys? Let’s take a look!