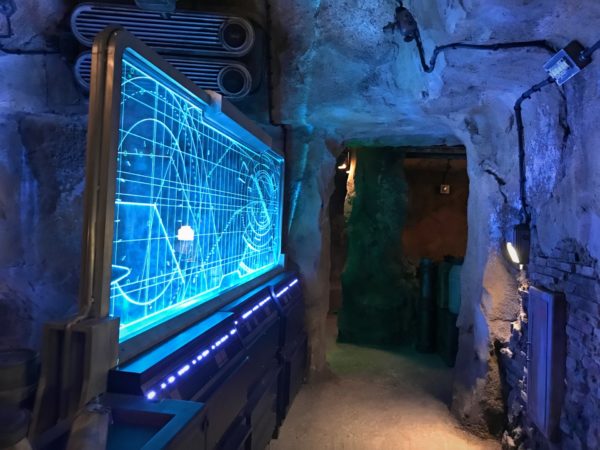 Rise of the Resistance Queue

Rise of the Resistance opens December 5th, but I got a sneak peek at the attraction this week courtest of the nice folks at Disney Media Relations! The queue is very long and very detailed. 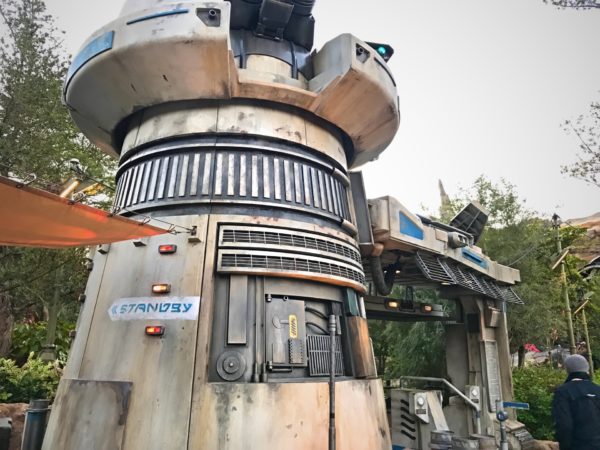 Rise of the Resistance has a Standby line and a FastPass+ line.  This tower marks the entrance to the queue.

There are lots of techy details throughout Galaxy’s Edge, and Disney has brought them into Rise of the Resistance too! 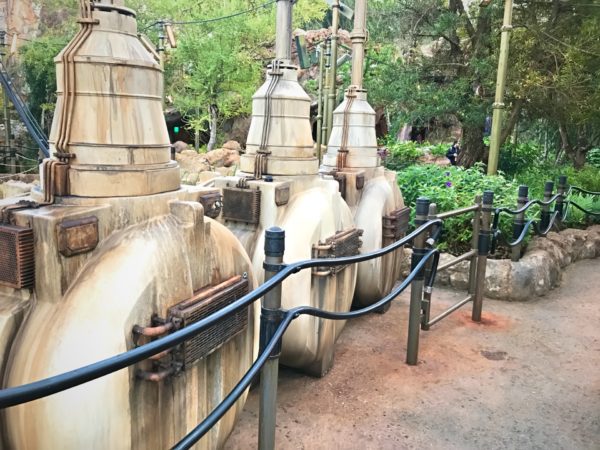 The Resistance is storing many of their items on the secret base of Batuu. 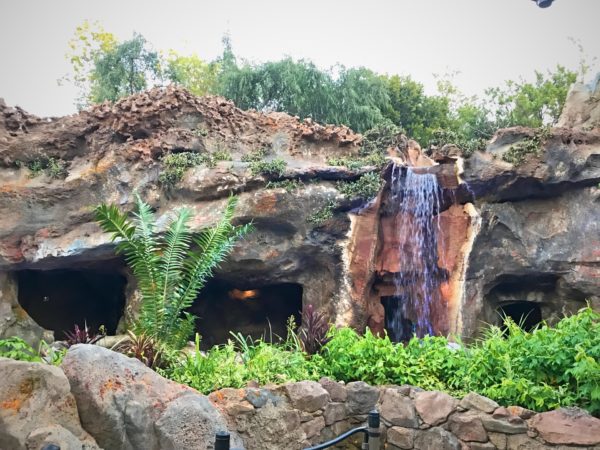 The landscape is also very detailed like this waterfall and greenery on Batuu. 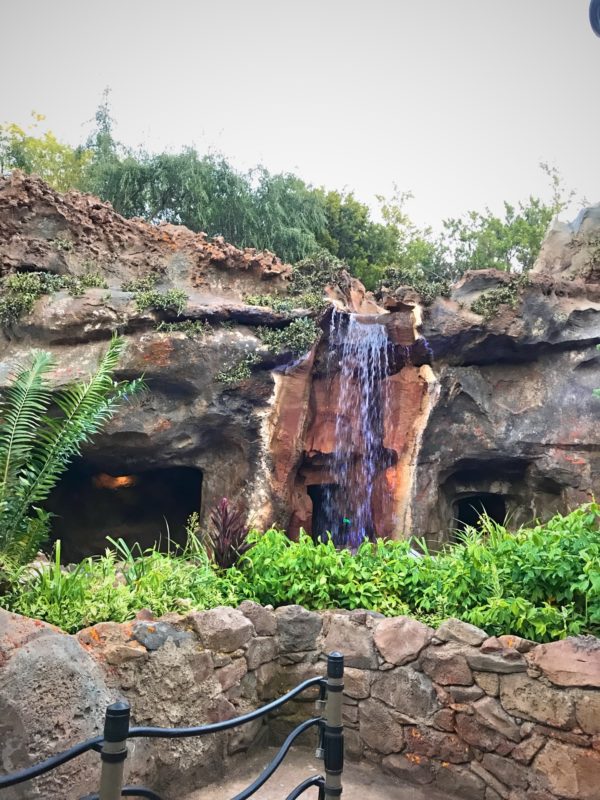 It looks like the waterfall has worn the rock out over time. 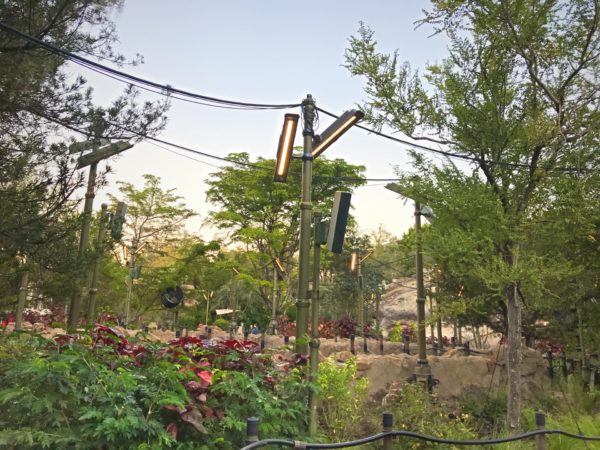 There are wires and makeshift lighting strung everywhere.  It looks very much like Star Wars. 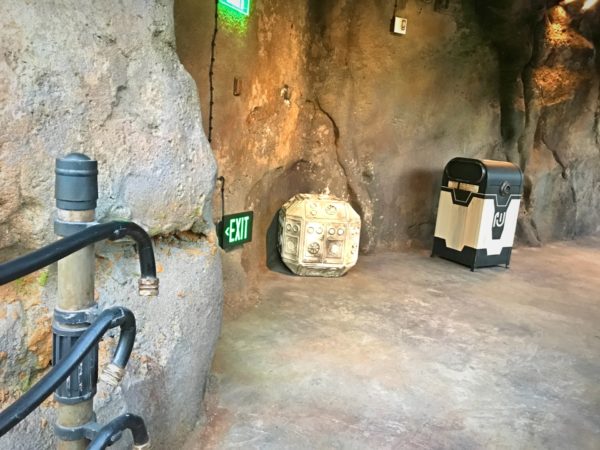 The hand railings are made of hoses! 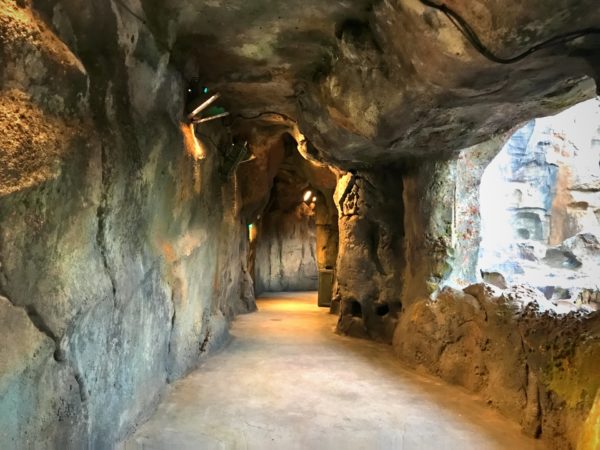 Here’s a view of the rock work in the queue.  It looks like the entrance hallways were carved out of stone. 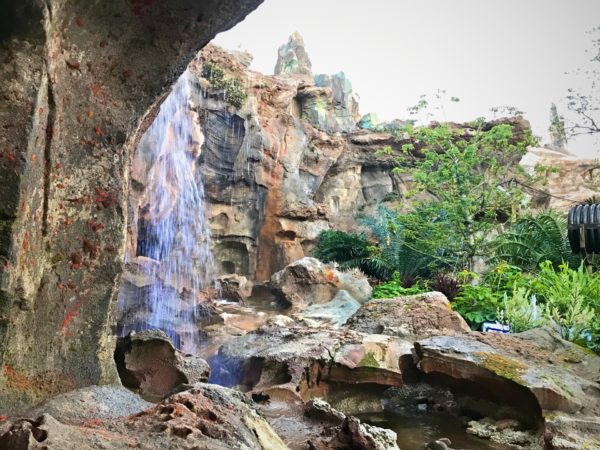 The details are fitting and also really beautiful. 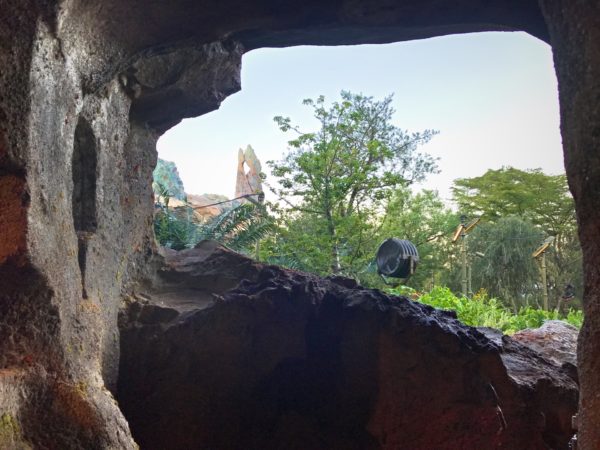 Here’s a kind of rock window. 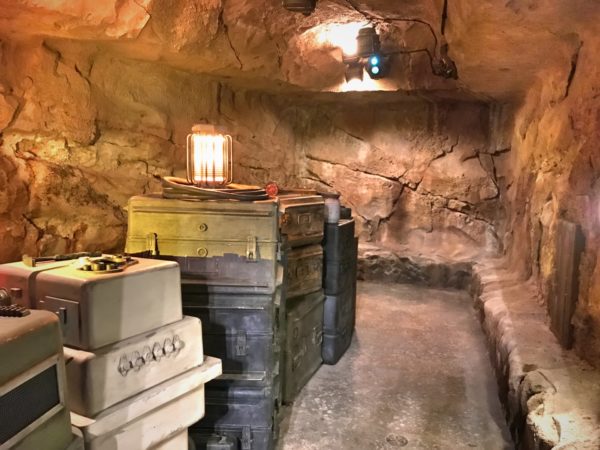 The queue is long and winding with lots of boxes and cargo spread throughout. There’s also some built-in “seating”!  You will likely have a long wait for this attraction, so sitting for a few minutes along the way will likely be a welcome break. 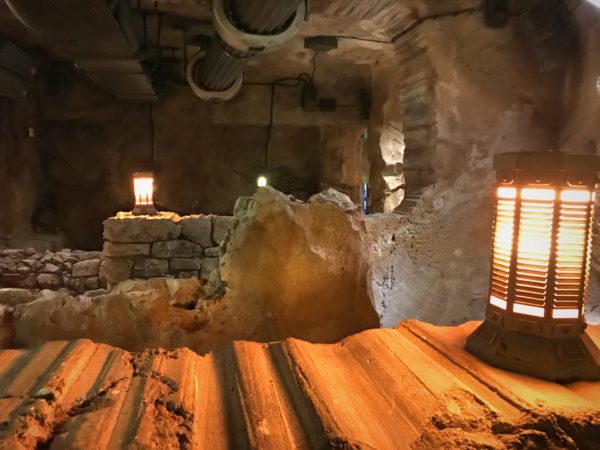 It looks like the rock has been cut out with lasers. 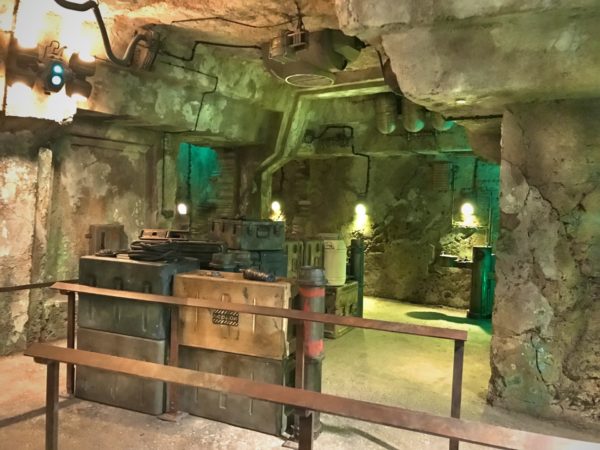 As you head deeper into the base, things get more sophisticated – just as they would if you were in an actual encampment. 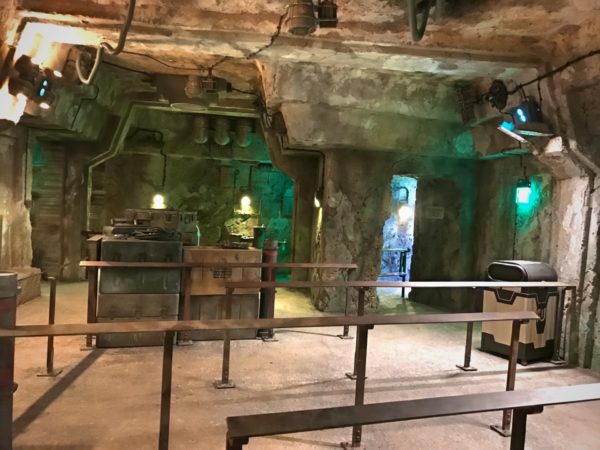 It’s still a cave and things are pretty makeshift. Even the lighting doesn’t match. 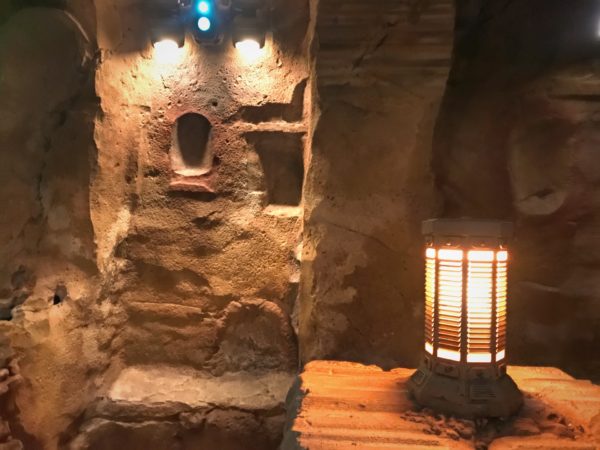 I wonder what these holes in the rock could be used for? 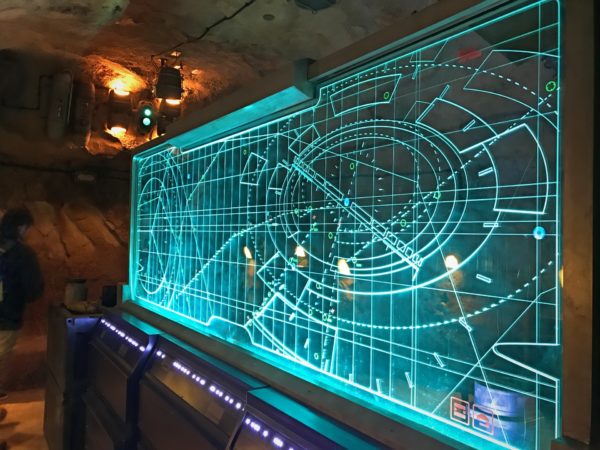 Deeper into the base, you’ll find sophisticated data controllers like this one.

These are close enough to touch. 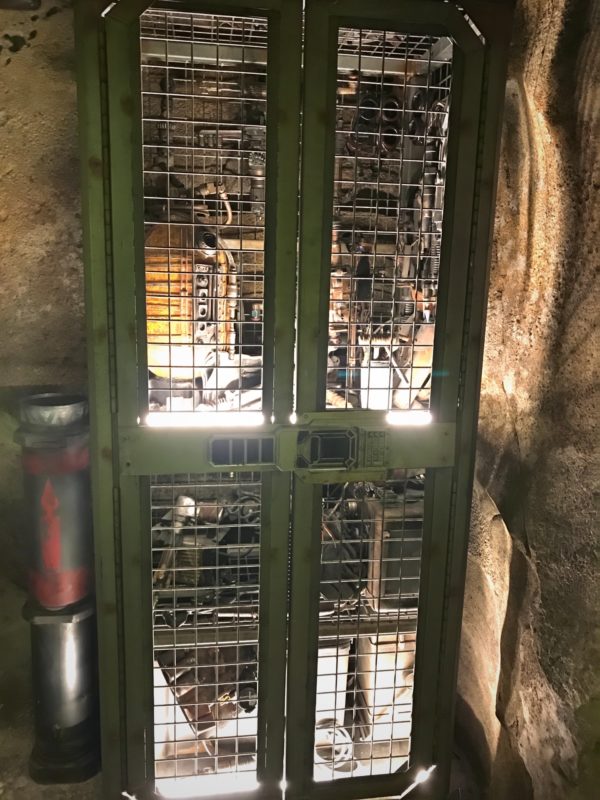 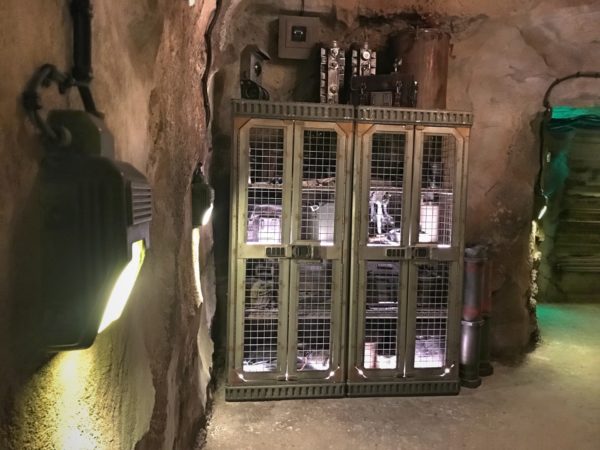 There is some organization! 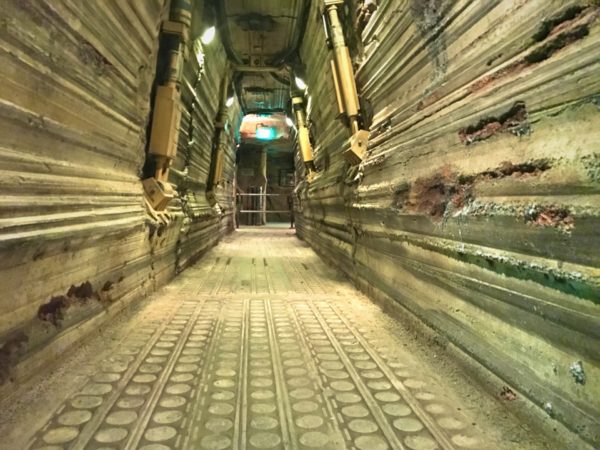 Check out this cool hallway! 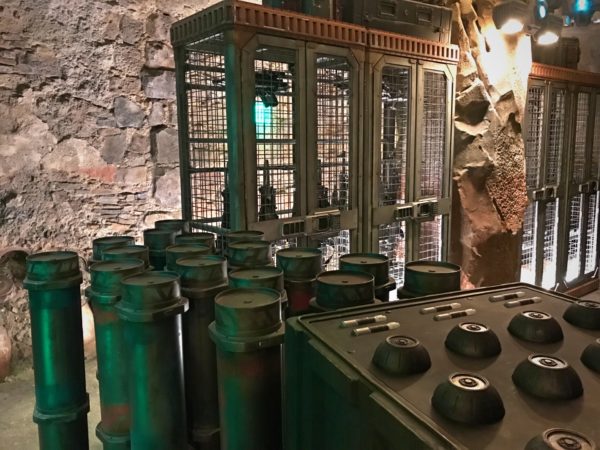 There are several places in the queue that look like they could interact with Play Disney Parks. 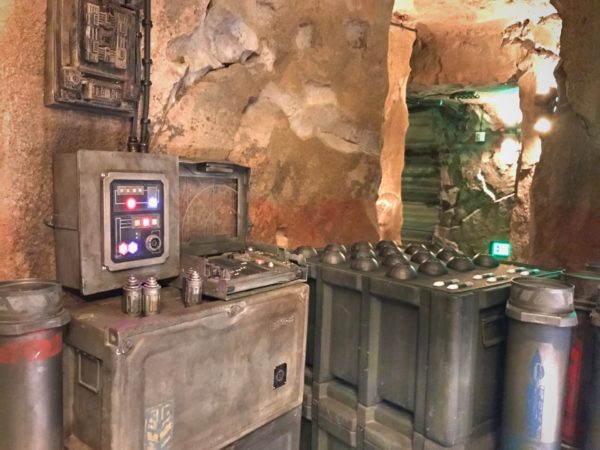 This screen looks similar to other Play Disney Parks readers. 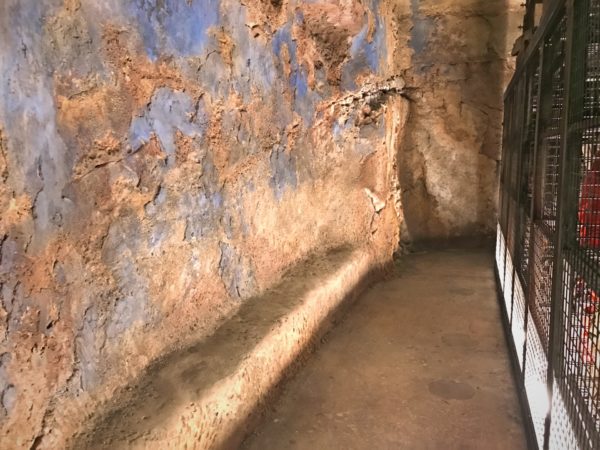 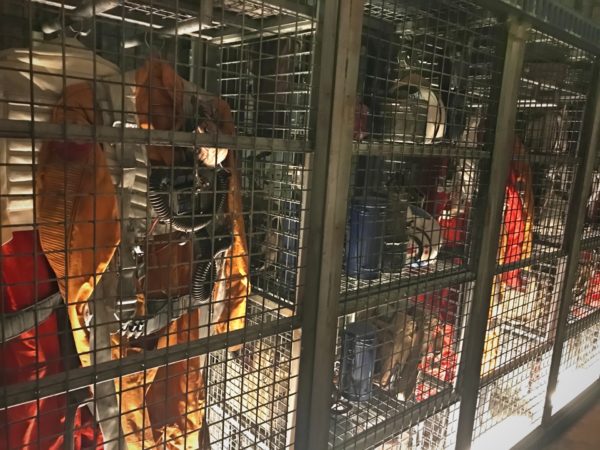 Here are some fighter unforms. 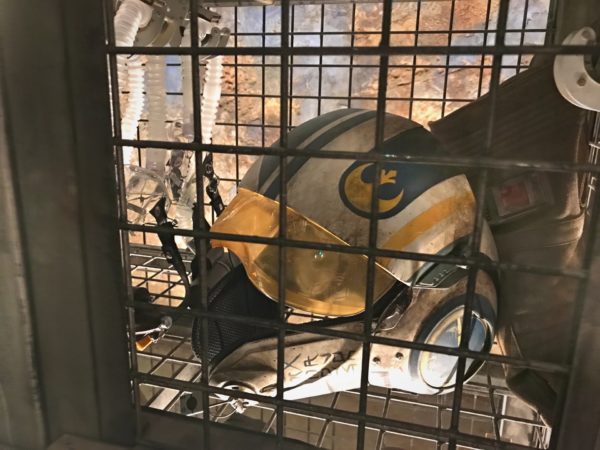 And here’s a Resistance helmet. 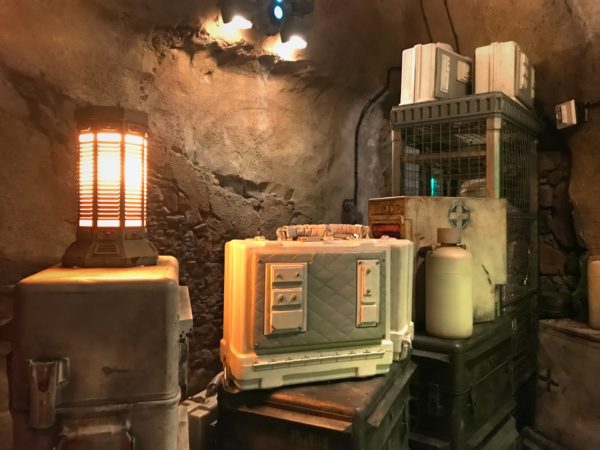 There are lots of boxes and tools spread throughout the queue.

Are you excited to see the queue of Rise of the Resistance?