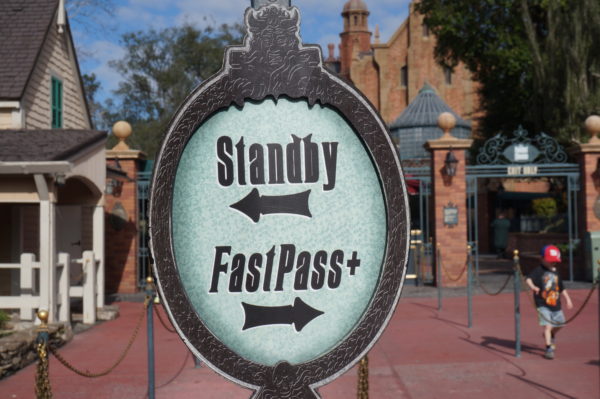 Walt wanted his parks to be family friendly, but even he realized that thrill rides are important to stay relevant to everyone. These bigger, more exciting rides come with height minimums and other restrictions that may mean some guests cannot ride.

The biggest group of people excluded is young (short) kids, so Disney instituted what they call Rider Switch.

This system, which is sometimes referred to as Baby Switch or Child Switch, allows one parent to ride while other parent stays with the child(ren). After they’re done, they takeover parenting duties while the other parent enjoys the ride. In this system, the first adult would wait in the Standby queue, ride, then the second adult would use a ticket that entitled them to enter the FastPass+ line instead of waiting twice. This doesn’t necessarily allow the second rider to just “walk on”, but the FP+ line is usually significantly shorter than the Standby line.

The system has worked well for years, but Disney has been attempting to streamline things lately; Rider Switch is the next system up for modification!

Rider Switch is going digital by the end of June, 2018!

Instead of having the Cast Member issue a paper ticket, which had to be verified manually, the Rider Switch entitlement will now automatically go onto a MagicBand when another family member scans their Band. Like the FP+, which has an hour-long return window, Rider Switch will now only be available for a specific length of time. It should still allow plenty of time for both guests to ride, but it will be much shorter than the current month-long validation.

Another change coming soon means that you will only be able to hold one Switch Pass at a time. This prevents people selling them or taking advantage of the system.

Cast Members are being trained on the new system now, and it should be ready to go into effect by the end of June.