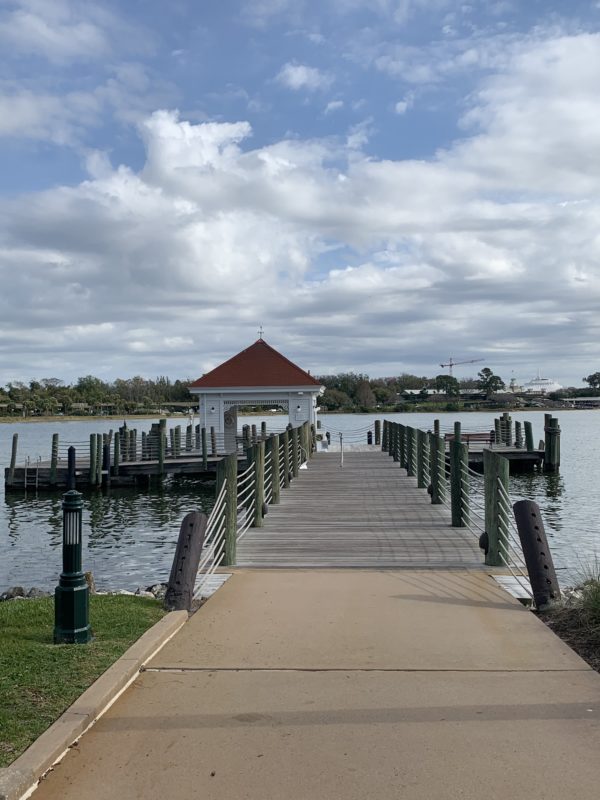 While visiting Disney World for the grand opening of Mickey & Minnie’s Runaway Railway, I stayed one night at The Villas at Disney’s Grand Floridian Resort.

Disney’s Grand Floridian Resort & Spa is Disney’s flagship hotel. It started as a Deluxe Disney Resort Hotel and received a major addition to add a Disney Vacation Club property, so the resort now serves both traditional cash guests and DVC guests. I stayed as a DVC guest in the Villas in a Deluxe Studio.

Let’s take a look around!

The lobby of the Grand Floridian Resort is quite beautiful, as you would expect. It is quite large and houses the dining locations towards the back. Right at the front, though, there’s a large stage where an orchestra plays several times a day!

One of my favorite details was the tile design on the floor of the second floor before you walk out of the main building to the monorail.

The Villas also have a lobby. While it’s much smaller, there are some really cool details.

Grand Floridian has a lot to do!

Grand Floridian also has a couple of pools. One pool has some cool fountains and a hot tub. Another has a white sand beach nearby.

Treat yo self! While this was mostly a working vacation, it was a vacation, nonetheless. We visited Senses Spa and treated ourselves to a 50-minute hot stone massage.

Disney’s Grand Floridian’s version of Senses is located just across from the Villas at Grand Floridian. The spa is very nice, and our treatments were quite relaxing. The locker rooms offer secure lockers, fluffy white robes, food and beverages, and steam rooms and whirlpools in each locker room.

While Senses at the Grand was really nice, I preferred my visit to Saratoga Springs for one reason: The lounge rooms. At Saratoga Springs, the lounge room was co-ed, while at Grand, it was not. When I visited the Saratoga version, I was with my mom, so it wasn’t a problem. But this time, it was supposed to be a fun, romantic experience for my husband and me. However, because we were only allowed to be together in the treatment room and were separated in gender-specific lounges, it wasn’t quite the experience that I was looking for.

We stayed in a Deluxe Studio at Villa Grand Floridian. The room is well-appointed with a comfy bed, a convenient kitchenette, and a beautiful bathroom!

There are three beds in this room sleeping up to five people.

I was quite impressed by the bathroom in this deluxe studio! The bathroom is separated into two parts including the washroom with a shower and a bathtub/shower and toilet room. 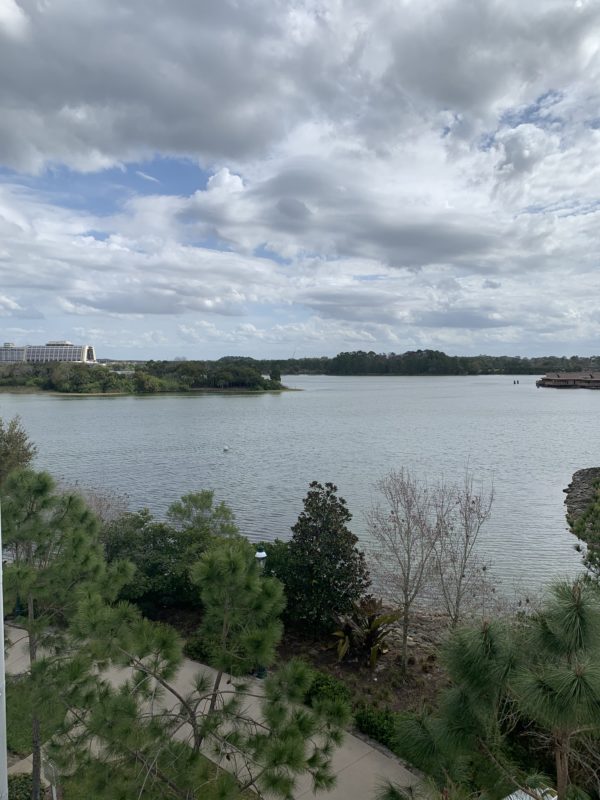 In conclusion, Disney’s Grand Floridian Resort and Villas was a really nice hotel. We enjoyed the views, the location, and a really nice room. There are other Disney options available for much less cost and/or much fewer points and similar amenities, so if value is important, other resorts might be a better fit.

Have you ever stayed at Disney’s Grand Floridian Resort or Villas? Would you like to?