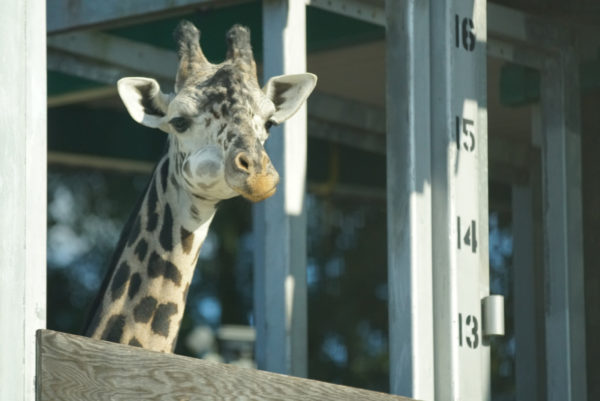 Review: The Magic of Disney’s Animal Kingdom Series On Disney+

Have you ever wondered what it is like to take care of the 5,000 animals that make their home at Disney’s Animal Kingdom (plus The Seas With Nemo And Friends at EPCOT)?

In a new documentary series called “The Magic of Disney’s Animal Kingdom Series” premiering on Disney+ starting Friday, September 25, 2020, you can find out.

Josh Gad, the voice of Olaf in Disney’s Frozen movies, hosts this brand-new series which launches with eight episodes.  It doesn’t sound like Olaf is doing the narration, but you can pick up Josh’s signature voice as he does a great job telling the tales of animals and their keepers.

While you get to learn a lot about animals and their care, you also get some insight into the design and behind the scenes area of the Disney parks.

During a press event for the series, Joe Rohde, Walt Disney Imagineering, Portfolio Creative Executive, talked about how the animals themselves were central to the design of Disney’s Animal Kingdom.  Joe said, “When you start with the animal areas themselves, you basically are starting with the animal. What does the animal want? What does it need? How does it move? How does it live? All of those things are sort of fixed before we begin our part of the design. We must create a place where an animal feels at home.”

Throughout the show, you see how Disney Imagineering worked with animal care experts as part of the park’s design.  Disney created on-stage areas that allow the animals to flourish and allow guests to learn and see about them, as well as back-stage areas that are suited to providing care.

With National Geographic’s involvement, you get the stunning photography you expect.  The creators of this series used cutting-edge photography techniques to help you get up close and personal, using custom-built GoPro rigs, 18-foot camera cranes, and specially designed underwater cameras.

While the technology that enables the series is impressive, it is the stories that will touch your heart.

The series jumps across many locations, but helps you stay oriented with interesting graphical maps that show the locations – primarily throughout Animal Kingdom, but occasionally in EPCOT as well.

Each episode tells several stories, but here are some of the highlights you can expect:

Episode One – Kenya, the Giraffe

Ever wonder what it takes to give a giraffe a pedicure?  Kenya, a gutsy giraffe, is very apprehensive about the idea, but the patience of the Disney animal care team – plus plenty of food treats – eventually convinces her that she is ready to get her nails trimmed.

Gino, the patriarch of the lowland gorilla family at Disney’s Animal Kingdom, celebrates his 39th birthday.  Animal caretakers create a special gorilla-friendly care, and Gino decides he will share is cake with his family.  In a twist of events, he ends up with a lung infection and needs some help from the Disney veterinary staff.  (Spoiler alert – he is OK in the end.)

Episode Three – Betty and the Beast

Disney caretakers introduce Hartmann’s mountain zebras into the savanna of Kilimanjaro Safaris for the first time.  Follow the story of how they acclimate to their new environment, and how their nosey animal neighbors react.

Disney’s family of Mandrills is dealing with some squabbling, but Disney caretakers decide to mix things up by introducing a new visitor.

Could it be time for some animal romance?  Aardvarks Willie and Peanut go on a blind date that could ultimately produce the park’s first-ever aardvark babies.

Peri the porcupine is about to become a mom, but veterinarian Dr. Dan needs to help her with a breathing issue.

At The Seas with Nemo & Friends at EPCOT, a rescued green sea turtle named Harry learns how to swim to a specific target for his dinner.

Is It Worth Watching?

I had a chance to check out an advanced screening of the series thanks to the nice folks at Disney Media Relations.

With beautiful photography and plenty of animal fun, I can highly suggest watching The Magic of Disney’s Animal Kingdom.  You are sure to learn a few things along the way and get a few laughs from some funky animal behaviors.

Will you watch The Magic of Disney’s Animal Kingdom Series on Disney+?