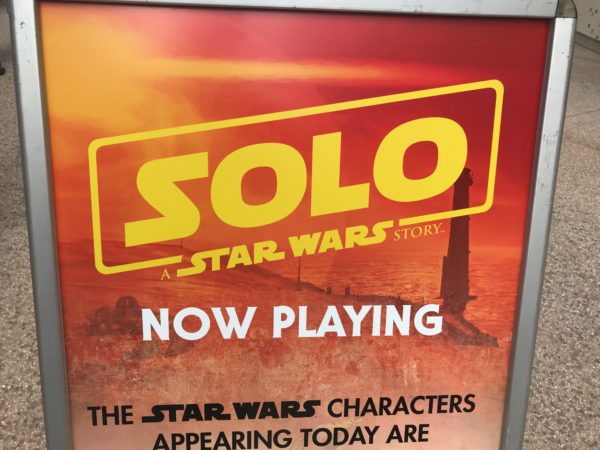 Before the movie ever came out, the Solo: A Star Wars Story made the headlines for the intrigue that unfolded behind the scenes, as part of the production process. Disney released the original two directors, Chris Lord and Phil Miller, whose credits included Cloudy with a Chance of Meatballs and The Lego Movie. Disney brought in veteran Ron Howard to wrap up the film.

With all the behind the scenes turmoil, fans were concerned about what type of movie might emerge at the end of the messy creative process. However, I think the end product turned out pretty well. More about that later.

How did Han get his name? How did he meet Chewy? What is the Kessel Run? You will get answers to all these questions and more.

Han is a scrappy young man just trying to survive on an oppressive plant. Together with his girlfriend, they try to escape – but then the story takes a turn. And then another. And another.

The movie keeps you guessing all along the way.

This movie will look somewhat familiar to Star Wars fans. We see some familiar characters, and the creatures and locations have a Star Wars feel. However, this is more a film about the next big heist, and guessing the allegiances of the characters. Of course, there are plenty of space chase scenes and things to blow up along the way.

Overall the movie was a lot of fun. The story was unique, the characters were interesting, and the plot kept you guessing. I would recommend checking it out. Then you will know why Han and Chew became such good buddies.

Solo: A Star Wars Story – Will you see it?