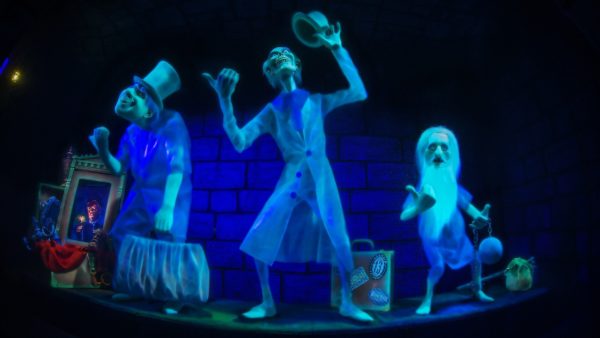 Are you the curious type? When it comes to Walt Disney attractions, do you want to know all of the behind-the-scenes secrets, struggles, and successes? Then Disney+ is launching the perfect series for you this month: “Behind the Attraction.”

Disney is releasing the series, in part, to celebrate the upcoming July 30 release of the Disney movie “Jungle Cruise,” which is based on the iconic ride that appears in many Disney parks.  The series takes you behind the scenes of some of Disney’s most famous attractions.

Executive Producer Brian Volk-Weiss has a long history in comedy, so this series is more quippy and self-deprecating than the Diseny+ series “The Imagineering Story.”  Brian wanted to entertain first, but also educate, in a way that wasn’t too serious.

I had a chance to preview several of the episodes, courtesy of the nice folks at Disney Media Relations.  The shows are fun and informative and manage to fit in great interviews with Disney Legends and Disney Imagineers.  They have lots of fun facts that Disney fans will love, as well as rarely seen video footage.  The episodes also talk about the challenges and struggles of building a Disney attraction.

Are you ready to satisfy your curiosity? Keep reading to discover which attractions will be featured in the 10 scheduled episodes of the upcoming “Behind the Attraction” series.

When Walt decided to create this original immersive attraction, he assigned the Imagineers to build a river in the Southern California desert AND the mechanical animals to populate it. This was no small feat for the time! Lead designer Harper Goff and horticulturist Bill Evans scrambled to get it all built-in time for Disneyland Park’s grand opening in 1955. In this episode, you’ll hear from actor, Dwayne Johnson as he discusses his childhood memories of the attraction and his favorite joke from the skippers.

Fun fact from the show:  Imagineer and Disney Legend Harper Goff was inspired by the movie “The African Queen” to create The Jungle Cruise attraction.

Walt Disney knew he had to have a ride that simulated space travel. His vision for Space Mountain was brought to life by Imagineer John Hench, who tackled this project head-on and created the signature structure that is now in Disney Parks all around the world. Watch this episode to learn about the history of how it all came to be and why it took so long to launch.

Fun fact from the show: One of the original names considered for Space Mountain was Space Voyage.

An opening-day attraction, this “scary” ride has won the hearts of Disney guests, young and old from day one. When Walt Disney developed the attraction, he didn’t specify if it should be funny or scary. In the end, it became a wonderful blend of both. Now, it has inspired several iterations across the world, such as the chilling Phantom Manor at Disneyland Paris and the weird and wonderful Mystic Manor at Hong Kong Disneyland.

Fun fact from the show: Disney built the show building for the Haunted Mansion in Disneyland, but it sat vacant for years as the company worked on higher priority projects – it’s a small world and Pirates of the Caribbean.

Located in Liberty Square, this historic attraction features audio-animatronics of all of the presidents, giving itself an update each time a new president is elected. Did you know that Walt’s first human audio-animatronic he created was Abraham Lincoln, his hero? Step inside this attraction during this episode to see what the future holds for this amazing technology.

Fun fact from the show: Walt may have been inspired to create The Hall of Presidents by a show at the 1933 World’s Fair that contained wax figures of the US Presidents. Those 1933 figures didn’t move, but Walt thought about how to take the idea to the next level with (what would eventually become) animatronics.

It’s hard to believe this beloved attraction first came to life at the 1964-1965 New York World’s Fair. Love it or hate it, can you imagine a Disney Park without it? The signature song, lazy floating flume boats, and hundreds of audio-animatronic dolls that fill this attraction are quintessential Disney at its best.

The Twilight Zone Tower of Terror

Creating a gravity-defying attraction definitely has its ups and downs! Take a peek inside this eerie attraction with the Imagineers who created it and then look again as the Disney California Adventure version is transformed into Guardians of the Galaxy – Mission: BREAKOUT! How can you choose a favorite between the two?

Fun fact from the show:  Disney originally explored building an actual hotel as part of the original attraction in Disney’s Hollywood Studios.

If you love Disney transportation, then you won’t want to miss this episode. They’re not only fun to ride, but they also provide a wonderful means of getting from one place to another, eliminating vehicle traffic and congestion. Walt believed these same principles could be applied to cities around the world. The varied transportation network at Walt Disney World Resort is a testament to that dream of his.

Fun fact from the show: Bob Gurr is the Imagineer who designed the Disneyland monorail, as well as all types of moving vehicles for Disney Parks. Gurr joked that he kidnaped Richard Nixon, the Vice President of the United States when he gave Nixon a ride during the Disneyland monorail opening ceremony and inadvertently left behind all the secret service agents.

At one point, Disneyland wasn’t going to have any hotels. Can you imagine? But Walt Disney saw it as an essential extension of his park, keeping guests in the Disney magic even when they went to sleep at night. So, Walt struck a deal with producer Jack Wrather. Together, they made it into an immersive experience, setting the stage for all Disney hotels to come.

Each Disney Park has a different castle, but it all started with the Sleeping Beauty Castle in Disneyland California. These castles are the heart of each park, with many visitors making them the first stopping point after they walk into the park. Hear the unique story behind each castle and how the Imagineers designed and built them.

Once upon a time, in a galaxy far away, there was Star Tours, Disney’s first simulator attraction created to transport guests to another part of the universe. It was this spark of imagination that led to the incredible new land, Star Wars: Galaxy’s Edge. With state-of-the-art rides and theming that totally immerses guests, get some secret insights into this land with this episode.

Fun fact from the show: Disney often plans the infrastructure for attractions years, even decades, in advance.  That infrastructure is often built in an attraction under construction looking ahead to planned or possible attractions many years in the future.

I really enjoyed “Behind the Attraction.”  It was light-hearted and fun and still managed to share some great interviews with Imagineers, peeks into attractions, and interesting details.  If you like behind-the-scenes Disney parks information, you will enjoy this series.  You can check the Behind the Attraction series out on Disney+ starting July 21, 2021.

Will you watch “Behind the Attraction” on Disney+?