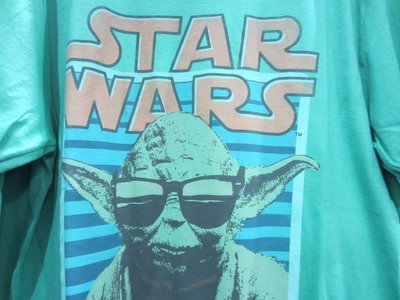 We don’t often report on unconfirmed reports and rumors. Case in point: Did you hear the rumor from the bus driver’s brother-in-law’s neighbor that Disney was going to expand the monorail? That probably isn’t going to happen – although it would be very cool if it did.

But this rumor has lit up the internet, and seems like it makes sense: Sources state that Walt Disney World’s President, George Kalogridis, has approved the addition of both a new Star Wars Land and a new Cars Land at Disney’s Hollywood Studios in Florida.

Two separate forces given plenty of credence to a new Star Wars Land and Cars Land in Florida.

Force #1: Not long after that Disney announced its purchase of LucasFilm in 2012 for the staggering sum of $4 billion, people talked about how Disney might further monetize the Star Wars film franchise by adding more Star Wars to its theme parks.

Force #2: Not long ago George Kalogridis was the president of Disneyland. He oversaw the complete makeover of Disney’s California Adventure, including the addition of the hugely popular Cars Land. As a result, the little-brother park to the iconic Disneyland saw a huge attendance jump of 23% last year. That translates into big bucks for Disney.

Soon after the California Adventure reboot project was complete – in January of 2013 – Disney transferred George to Florida where he is now the President of Walt Disney World.

When Disney made that move, many people speculated that George was reassigned, among other reasons, with a plan to replicate his operational and expansion success from the west coast onto the east coast. And that could be just what is happening

The unconfirmed report states that Disney has decided to build out both Cars Land AND Star Wars Land at Disney’s Hollywood Studios.

Where Would They Go

The report states that Cars Land would take over a big part of the southern portion of the park, tearing out the Lights, Motors, Action show as well as the (long languishing) backlot tour – likely connecting up in a very thematically correct way with Pixar Place, which is already home to the ever popular Toy Story Mania.

The report talks about two different options for Star Wars Land. One, which seems a bit more likely, would start the new land at the existing Star Tour attraction and would head toward the Lights, Motors, Action area, wiping out the Muppet Vision 3D attraction as well as the long-past-its-prime Honey I Shrunk The Kids play area. The second option would expand in the opposite direction, starting at Star Tours but then taking over the current Backlot Express restaurant and the Indiana Jones Stunt Spectacular theater.

What Would They Include?

If Cars Land does come to the Studios, it seems like there would be room for not only the signature Radiator Springs Racers attraction but potentially some others too. Maybe the long rumored Monsters Inc “Doors” roller coaster?

A separate report has additional details on what could come to Star Wars Land: additional upgrades to Star Tours, a new restaurant themed after the Cantina in Star Wars Episode IV, potentially an extra ride, and plenty more meet-and-greet areas.

When Will It Happen?

Since this is an unconfirmed rumor, there are no definite plans or dates. However, the report says that the project could be complete in 2018, or earlier if Disney decided to accelerate the project. Perhaps we will hear something at the upcoming D23 Expo that takes place August 9 – 11, 2013 in Anaheim?

So many people have been talking about how Universal Orlando has been really stepping up its game, with two Harry Potter additions, a Simpsons Land, and Transformers.

Disney has also invested plenty, with a huge expansion of Fantasyland at the Magic Kingdom as well as the Art Of Animation Resort and plenty of other smaller additions.

But a reworked Disney’s Hollywood Studios, with blockbuster attractions like the Rock N Roller Coaster, Tower Of Terror, Cars Land, and Star Wars Land, would be a huge draw for crowds.

What do you think about Cars Land and Star Wars Land?