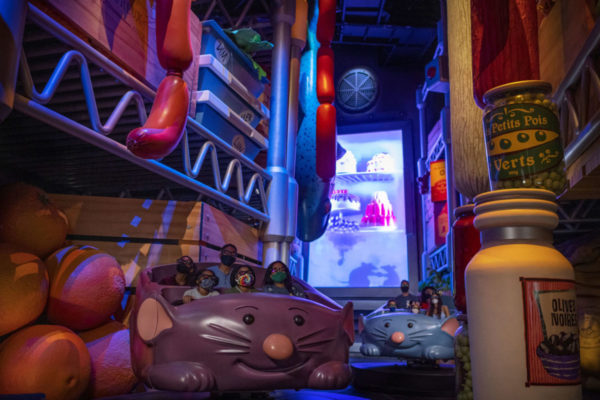 Remy’s Ratatouille Adventure Gets an Opening Date of October 1, 2021

Huge news out of the Disney Parks camp today, as they officially announce October 1, 2021, as the opening date for EPCOT’s newest attraction: “Remy’s Ratatouille Adventure“.

October 1, 2021 also marks the 50th Anniversary of the Magic Kingdom Grand Opening. Disney has already announced that the next several months will be full of celebrations, special events, and several new updates to the Parks. There is no doubt that the opening of Remy’s makes Walt Disney World’s 50th Anniversary even more exciting!

The Disney Parks Blog had the following to say about the big announcement:

Everyone’s favorite “Little Chef” is cooking up something really big for Walt Disney World Resort’s 50th anniversary, because the grand opening of Remy’s Ratatouille Adventure at EPCOT is set for Oct. 1 of this year!

That date may sound familiar, as it will also mark exactly 50 years since Walt Disney World officially opened for the first time. So Chef Remy will help us kick off “The World’s Most Magical Celebration” in Parisian style.

In this delicious new attraction, you’ll feel like you’ve shrunk to the size of Chef Remy as you scurry through Gusteau’s famous restaurant on a wild adventure for the whole family (no height requirement!). Based on Disney and Pixar’s Academy Award-winning “Ratatouille,” the experience will be part of a newly expanded France pavilion inside EPCOT that will also open Oct. 1.

Are You Excited to Ride “Remy’s Ratatouille Adventure”?