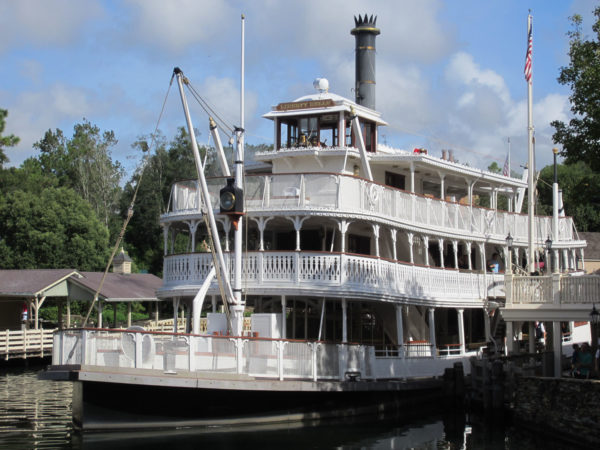 Refurbs Ahead For Tom Sawyer Island and Liberty Square Riverboat

Online sources are reporting that the Liberty Square Riverboat and Tom Sawyer’s Island will be closed starting in early October 2020 (expected to be October 5th) and will not reopen until 2021 (expected to be early January).

It is not uncommon for the Riverboat to close for refurbishments. In fact, it’s pretty routine for Disney to close this area of Liberty Square during the late summer months, but the expected length of this shut down is a bit longer than usual. No details have surfaced about what types of changes guests can expect to find in the two areas once reopened.

We will update the progress of the project as it continues.

It is worth noting that World of Walt published a piece on attractions that have been considered “hot button” topics from around the Walt Disney Parks. One of the topics was the consideration of name changes to certain areas of the Parks. Tom Sawyer Island was listed because of its connection to the stories of the island’s namesake, Tom Sawyer. If you would like to revisit the article, you can find the post here. *We have no reason to believe if or when a name change will come to Tom Sawyer Island. At this time, there is zero evidence to prove a name change is happening this Fall.

Ever hop over to Tom Sawyer Island to escape the WDW crowds?