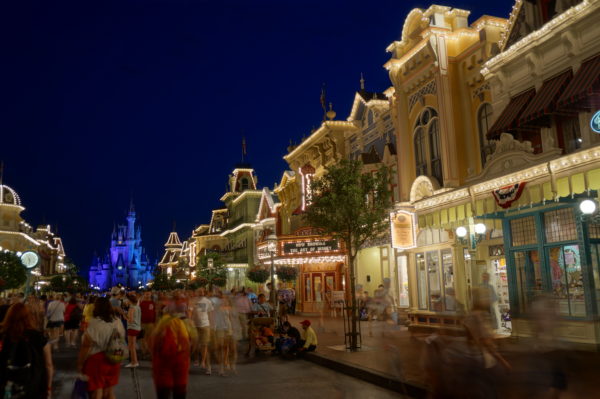 Disney World will celebrate its 50th anniversary in 2021, and the recent D23 Expo has laid out some big plans to take place by then.

However, the best lessons are taken from history, and if Disney history is any sign of how things will go in the future, you might not want to get your hopes up about all the amazing Disney announcements just yet.

Let’s take a look at the top four reasons why you should get too excited about the Disney World announcements just yet.

What Disney laid out for the Florida theme park at the 2017 D23 event that took place last month was essentially a five year plan for the resort. This is a good thing because it means that there won’t be construction walls everywhere you turn. If you have a vacation planned already, don’t worry. There’s still going to be plenty to see and do.

On the other hand, you should be aware that as construction begins on these projects, things could get a little messy. Some attractions may be unavailable due to their proximity to the construction. Others might be totally shut down and re-themed or removed all together.

If you’re familiar with Disney history, you know about Eisner’s Disney Decade. Eisner had big dreams during his tenure with The Disney Company including Splash Mountain in Magic Kingdom‘s Frontierland, Innoventions in Epcot, and the entirety of Disney’s Animal Kingdom, which opened under Eisner’s leadership.

Even while all of these and more opened in Disney World under Eisner, there were several other things that didn’t like Disney’s Mediterranean Resort, Mickey’s Movieland, The Muppet Movie Ride, Journeys in Space, two new countries in World Showcase, a Tomorrowland makeover, and a bullet train from the Orlando International Airport directly to Disney property.

When Bob Iger took over as CEO, he also announced several new projects including Hyperion Wharf and Pixie Hollow in New Fantasyland were announced and never happened.

These were all big plans just like Disney announced at the D23 Expo just last month.  They all had concept art and generated lots of excitement.  And they all didn’t happen.

While the company hasn’t t put a name like “Disney Decade” on it as Eisner did, we have to realize that it’s possible for plans to change over five years.

Some of the announcements made at the D23 Expo were very specific and immediately relevant like the Minnie Van service. Others were a bit more vague like a new space-themed restaurant adjacent to Mission: Space, a live theater on Main Street USA, and the Star Wars-themed hotel.

It would be easy for Disney to make adjustments according to the economy, attendance, profit, and an array of other conditions that are ever-changing.

Disney under Iger has seen huge growth, but he has already stated that he planned to step down as CEO in 2018. When he realized that Disney had unclear plans for his successor, he agreed to extend his contract through July 2019. However, this is still more than two years shy of Disney World’s 50th Anniversary, which is when many of these projects are supposed to be completed.

While another extension of Iger’s contract is still possible, ultimately it’s not a matter of if – but when – Iger leaves. When a new CEO takes over, he or she could make significant changes to any or all of the plans especially if construction hasn’t started yet.

It’s not all bad news

If this seems like a very negative article, it is not intended to be.

I’m just trying to be realistic here. We shouldn’t get too excited about any single project, much less multiple projects.  Live happens.  Things change.

Disney World does have some things going for it though. These projects seem large, but they’re not as ambitious as the Disney Decade and Disney is larger now than it was when Eisner was in control. What’s more, all of this will coincide with the 50th Anniversary of Disney World, when the company will certainly want to make a big splash.

If Disney’s track record of celebrations is any indication of how things will go, we can bet that the anniversary will be a success and that there will be lots of new things for guests to enjoy.  It may just not have every item announced at the 2017 edition of D23.