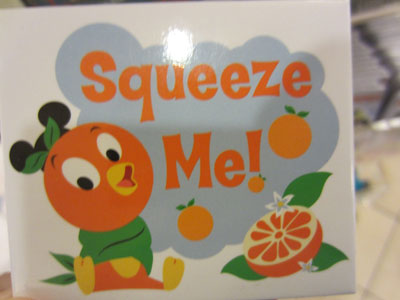 The theme park business can seem like a fun way to make a buck, or lots of bucks. After all, every day we read about theme park organizations spending and earning billions of dollars. It almost seems like the money is easy!

However, the theme park business is definitely not the place to find easy money. Just ask the poor folks who operated Central Florida attractions that have come and gone through the years including Circus World (RIP 1986), Xanadu House (RIP 1996), and Mystery Fun House (RIP 2001).

Even when theme parks make money, they don’t all make money as effectively as their peers. Investors want to get the best return on each dollar invested. That also becomes important to us fans since it ensures these businesses can attract money, grow over time, and create new, quality experiences for us to enjoy in the future.

Fortunately for us Disney fans, the Walt Disney Company is very good at making money from its theme parks, but why? How do they do it? What is their magical formula?

Sure, part of how they do it is by charging high prices. Just ask anyone who has paid $100 for one person to get into the Magic Kingdom for one day.

But that is only part of the equation.

Sources tell us there are many factors that determine how well theme park companies earn money. Let’s take a look at four of the top reasons:

Quick, name your favorite character from Six Flags. Nothing? How about Cedar Fair (the organization that owns parks like Cedar Point and Knott’s Berry Farm). Ok, Cedar Fair has the Peanuts characters, which they license from Iconix Brand Group.

Of course, the elephant in the room is the Universal characters. Your favorites there? Probably Harry Potter. Oh, wait, Universal licensed Mr. Potter from author J. K. Rowling (or some legal entity thereof). Maybe your favorite characters at Universal are from Marvel? Whoops – now Disney owns Marvel.

Only Disney owns and uses endearing, high quality, highly-known characters. From oldies like Mickey Mouse to newer arrivals like Handy Manny, Disney has characters galore that they can turn into theme park attractions.

Yes, you say, Disney licenses characters too. Avatar is a good example, but more than any other theme park company, Disney has its own characters.

Something unique about the Walt Disney Company is that it is like a conglomerate of big entertainment companies knitted together into one humongous entertainment company. Perhaps better than anyone else, Disney knows how to take the characters and “intellectual property” from one part of the sprawling company and use it elsewhere.

The Lion King starts as a movie, spawns the development of best-selling toys, becomes an ever-so-popular theme park show (The Festival of the Lion King at Disney’s Animal Kingdom), and then turns into a smash Broadway musical that just happens to become the top earning Broadway show of all time.  Far better than its competitors, Disney knows how to take what it has and run with it across the organization.

Many organizations that grow to the super-huge size tend to get bogged down and slow under their own weight. At Disney, in some magical way, the whole is somehow better – and more profitable – than the sum of its parts.

Do you work at an organization where top management changes with the frequency that some people change their bed sheets? What type of impact does that create? When I’ve seen that happen, it means that the new top dog needs to put his or her stamp on the organization. There is a new focus, a new strategy, or a new idea of how things should work every time the execs play musical chairs. The result? Often it is confusion and chaos.

Let’s look at how that plays out in the theme park business:

I think we have all seen stories about top executives earning huge bonuses. We roll our eye and think, “Ugh! How can one human being be worth much money?” and “What would happen if they took some of those millions and used them to cut prices instead of paying execs?”

Sadly, the corporate world just doesn’t work that way. Remember, a profitable Disney means more investment and more new stuff for fans in the future.  Have you ever noticed that Disney is almost always building something new?

Especially when compared to competitors, Disney management owns more of the organization than its competitor’s management. That means they have lots of skin in the game. When the company earns big buck, they personally earn big bucks too, so they are very motivated to do a good job:

Why do you think Disney beats its theme park competitors?