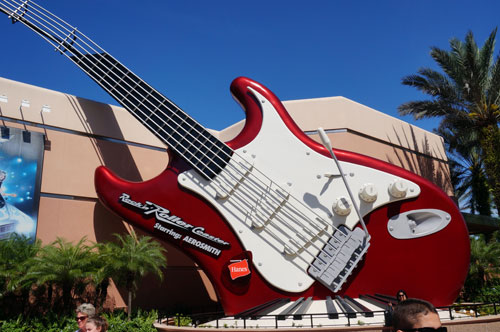 It’s a safe bet that many people would say that Hollywood Studios is their least favorite park in Walt Disney World these days, which is probably why Disney is giving the park an major overhaul.

The Sorcerer’s Hat has been removed. The American Idol Experience and the Backlot Tour have been closed, and the Magic of Disney Animation (as well as the hidden gem, the Animation Academy), is gone.

However, there is some good news too.  The Great Movie Ride has been updated and a third track is being installed on Toy Story Mania.  Plus, we can look forward to Star Wars Land and Toy Story Land – someday.

While the park already looks and feels a lot different (even hollow?), and though there is much more to come, we’re hoping that Disney keeps some of our favorites.

There are still plenty of reasons to love Hollywood Studios.  Let’s look at five of them.

Indiana Jones Epic Stunt Spectacular is an oldie but goodie. It is still just as epic as ever, even though many young visitors won’t get the movie reference. You might even be picked as an extra!

Rock ‘n’ Rollercoaster is a favorite among guests who are 48” or taller. In this intense (by Disney Standards) coaster, guests experience Aerosmith like never before.

The ride itself is pretty short, but it is the second fastest ride in Walt Disney World taking guests from 0 to 58 miles per hour in just under 3 seconds. The music is great, especially if you like Aerosmith, and the loops are barely noticeable due to travelling at four g-forces. This is not one to miss, and is personally one of my favorites in all of Walt Disney World.

Toy Story Mania is a great ride, but it is nothing if not nostalgic. As one of the top rides in Walt Disney World, the queue is a treat in itself. Check out the oversized View Master slides and an interactive audio-animatronic Mr. Potato Head along with many other childhood favorites like Army men and a giant scrabble board.

Anything that combines princesses and villains, fire and water, classic Disney nostalgia, and fireworks in a single show is a sight to see! Fantasmic is worth the admission price in itself.

Perhaps my favorite Disney attraction of all time, I simply love the time period, the story, the technology, and the eerie excitement that the Hollywood Tower of Terror has to offer.  It’s a star in its own right!

Are you still a fan of Hollywood Studios?  Or has so much closed that you aren’t interested any more?