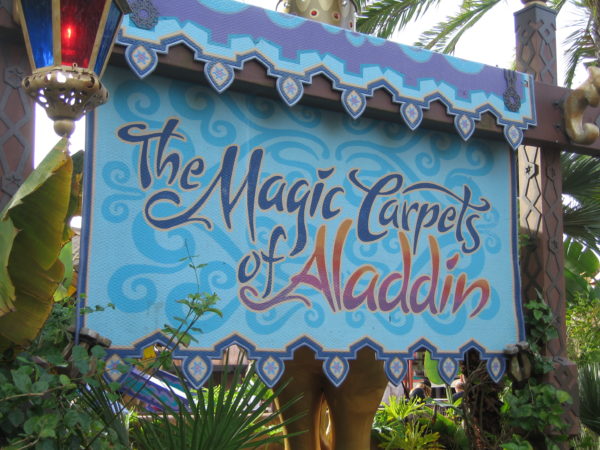 The first time your child visits Disney World, no matter their age, can be a little daunting.

Most of the Disney World rides were made for families, but not everything is appealing to kids especially if they have certain fears; however, there are ways to help your kids over come their fears and lots to do if they don’t want to ride the rides!

Let’s take a look at the top five ways to quell kids’ fears of rides in Disney World.

1. Figure out what your child is afraid of.

If your child is a bit tentative when it comes to rides, try to figure out what they’re afraid of.

Some kids don’t like the dark while others don’t like sharp drops, loud noises, or surprises. Sometimes, 3D rides like Star Tours in Disney’s Hollywood Studios make kids of all ages (even some big kids) a little woozy.

If your child is afraid of darkness, you won’t want to take him or her on Space Mountain; if it’s sharp drops that are scary, Splash Mountain is a definite no. However, other Magic Kingdom rides might work.

Fantasyland has some great rides that won’t have any of these scary things. Dumbo the Flying Elephant, Peter Pan’s Flight, and it’s a small world are fun without being scary. The Magic Carpets of Aladdin in Adventureland is also fun and not scary. Tomorrowland‘s Buzz Lightyear’s Space Ranger Spin is also fun and interactive!

Epcot has some great rides that aren’t scary at all like Frozen Ever After in World Showcase’s Norway and Living With The Land in Future World.

3. Opt for games and shows.

If rides are too intimidating, choose shows and games over rides. There are some excellent shows like Beauty and the Beast in Disney’s Hollywood Studios and Finding Nemo: The Musical in Disney’s Animal Kingdom.

Sorcerers of the Magic Kingdom is a fun, interactive game that kids and their parents can play at their own pace. You can stop by the Firehouse on Main Street USA and pick up your free playing cards, play throughout your vacation, and take them home with you! You can even get a new packet everyday to add to your collection. They make great souvenirs!

Another great game is Agent Ps World Showcase Adventure. It’s a similar game that takes you around World Showcase in Epcot. You can stop at one of the kiosks and get a phone that will guide your adventure, but you don’t get anything to keep.

4. Start small and work up.

A winning combination is often to start small and work your way up. The Barnstormer in Fantasyland is a perfect first coaster because it’s small, outdoors, and doesn’t have any surprises. A next step might be Seven Dwarf’s Mine Train. While there are some dark spots, it’s not scary and it doesn’t go too fast.

Once kids get a little more confident in themselves and the safety of the rides in Disney World, they might be willing to try something bigger.

Disney World visitors often post videos of rides on YouTube. If there’s an attraction your child thinks they’d like to ride or one you really want them to try, go to YouTube and watch some videos. You and your child can gauge the ride before even riding it then if they chose to ride, even the surprises aren’t totally unexpected.

If they still aren’t sure, consider watching the ride a few times in action. Splash Mountain may seem scary, but the only scary part is the drop at the end. If your little one isn’t sure whether they want to ride, watch the drop a few times so they can get used to the idea of it. You can even stand near the exit and watch all the happy people coming off.

Were your kids initially afraid of rides at Disney World?