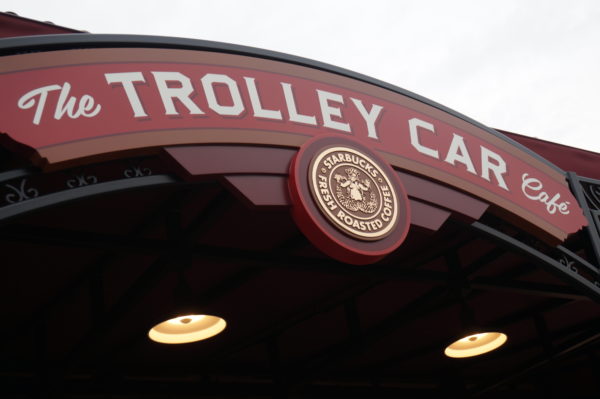 Get Your Pumpkin Spice Latte Fix in Disney World

Disney World is the Most Magical Place on Earth, and for many, the definition of magic, especially in the fall, is Pumpkin Spice Latte, affectionately referred to as PSL.

Here are the locations in Disney World that sell the PSL!

What we’re interested in today, though, is anything pumpkin flavored!

Starbucks was the creator of the PSL, so that’s where most people get their fix. There are several Starbucks locations in Disney World, but some of them are so well themed that they can be a bit hard to spot.

The Main Street Bakery on Main Street USA in Magic Kingdom looks like a pastry shop from the outside. The employees wear red, white, and blue like Small Town USA, but the inside looks like a Starbucks with all of the standard food and displays.

There are two Starbucks locations in Disney Springs in the Marketplace and the West Side; these are the only ones that actually look like a Starbucks on the outside.

Also, Fountain View in Epcot‘s Future World is a Starbucks location with an excellent view of thhe Fountain of Nations, right outside.

In Disney’s Animal Kingdom, check out Creature Comforts, and in Disney’s Hollywood Studios, the Trolley Car Cafe is your Starbucks stop.

Each of these locations will follow the Starbucks seasonal menu and will serve Pumpkin Spice Lattes throughout the fall season.