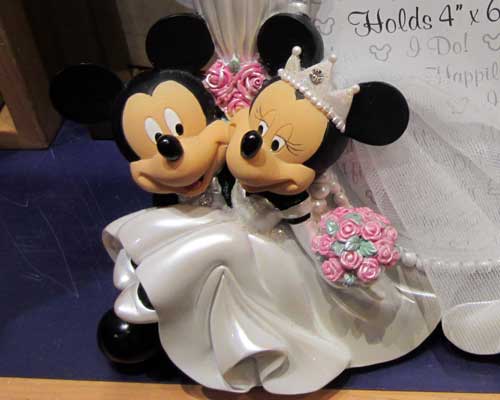 Best Places To Pop The Question in Walt Disney World

Call me a hopeless romantic, but I always thought it would be pretty amazing to propose to my future wife somewhere in Walt Disney World.

Back when I was on the Walt Disney World College Program in 1998, I thought it would be really amazing to propose at night while riding the Skyway to Fantasyland. Imagine the park all lit up below, the music playing, and you have your own quiet little area (or attraction vehicle) to have your moment in. When the Skyway was permanently closed in 1999, that idea had to end with it, but there are still some pretty amazing places and ways where a guy or gal can propose to the person of their dreams!

Here are the Best Places To Pop The Question in Walt Disney World. Oh, and ladies, feel free to leave this article open on your laptop, tablet, or phone so your boyfriends can “stumble upon it on their own.” I’m here to help!

Okay, I’ll admit, I’m a guy and even though I try really hard sometimes, I don’t always hit one out of the park when it comes to romance. But think about a carriage ride for a second: it’s dark, there’s a horse (which I’m told lots of women like!), it’s private. It’s romantic, right?! It’s also pretty inexpensive, so you won’t break the bank on this one if you’ve already spent a small fortune on the ring and the Disney vacation! Here’s what I think the perfect scenario would be here: propose during the carriage ride, have reservations ready at a WDW restaurant right after, and then finish the night off with a nice bottle of champagne or wine in your resort hotel room that will be waiting for you once you get back. Please let me know if I’m crazy and if this wouldn’t be a great way to propose!

In Front of Cinderella Castle

This is the spot where I actually proposed to my wife. It honestly wasn’t my first choice and there’s a crazy story behind the proposal but I’ll save that one for another day! Luckily, she is as Disney-crazy as I am so she thought this was a great idea! But you really can’t beat Cinderella Castle for a proposal (just do a search on YouTube to see all the videos!) What’s great about this spot is there are always Disney PhotoPass cast members around with their cameras so if you’re able to give one a heads up about what you’re about to do they will be happy to snap photos of the moment so you and your new fiancee will have them forever. Unless your proposee (is that a word?) says no, and then you probably won’t be purchasing those photos from Memory Maker anytime soon! Just remember that this one will be VERY public and if the person you’re proposing to won’t want to get congratulated by an awful lot of people, this may not be the best place for you!

Several of the WDW Resorts have beaches that are almost always good places to get away from it all and get a little bit of privacy. They also all have great views, especially at night. Depending on the beach you choose you could have views of Wishes, Illuminations, the Electrical Water Pageant, or The Boardwalk. The only beach I wouldn’t actually recommend is the beach at Disney’s Polynesian Village Resort (you know you just call it The Poly), since that one can be pretty crowded due to the new beach bungalows. Just tell your prospective life partner that you’re going to walk down to the beach to get a different view of one of the fun aforementioned events, and while they are engrossed in the action, drop a knee into the sand, hold onto your hat, and ask!

Located on the path that runs from Cinderella Castle near Tomorrowland, Cinderella’s Wishing Well is one of those cool, almost hidden little spots in the Magic Kingdom. This is another place where many a nervous future fiancee has dropped to a knee, but it really is a magical place to get engaged. Imagine the music in the air while you hand your significant other some change to throw in the well. Right when they turn around to drop the coins in, you get down on one knee. It’s foolproof. Plus, the change you just dropped into the well is donated by Disney to several different charities. That’s a win-win right there! Just make sure that ring fits pretty snugly because you don’t want to drop it in that well while you’re taking pictures!

Okay, there is a WHOLE LOT of Cinderella going on in these recommendations, but that’s okay! One of the ultimate Disney proposal locations and one of the hardest reservations in WDW to get is Cinderella’s Royal Table (I’d say contact a Disney Travel Planner for this one…Ooh, pick me!) What better way to really surprise that future fiancee then by presenting her with her own engraved glass slipper at the end of your meal? Disney doesn’t allow you to present the ring in the glass slipper itself any longer, but you will know it’s coming when the slipper is presented in a very large, covered dish after you’re finished with your lunch or dinner. What Disney fan wouldn’t want to walk out of a giant castle wearing a sparkly new engagement ring?

Of course, these are just a few of the many places where Disney fans have gotten engaged in Walt Disney World. I didn’t even mention things like asking a cast member to make your proposal a part of the Monsters Inc. Laugh Floor show, asking a cast member at the Hoop Dee Doo Revue if you can propose during their show, or proposing while high in the sky on the Characters In Flight balloon in Disney Springs (oh, now I did mention those…don’t worry, these ideas are all free!)

No matter how you decide to do it, a proposal in Walt Disney World is always magical and memorable, so just remember to relax and have fun while planning your personal way to pop the question!

Is a proposal at Disney World a good idea?  Have you seen one (or been in one)?