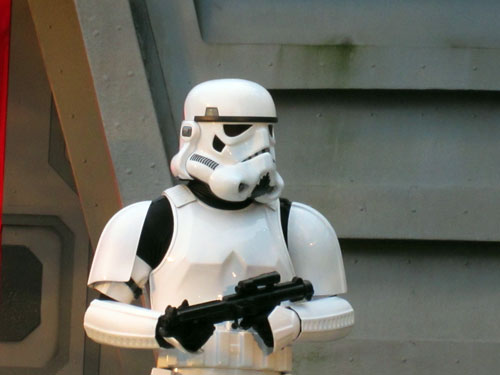 When New Fantasyland opened in Magic Kingdom, we expected – and were given – great things. Be Our Guest remains one of the hardest to get Advanced Dining Reservations in all of Disney World because this restaurant is as impressive as it gets.  Food magically appearing at your table and you get the feeling that you’re really in Beast’s Castle. Also, Pete’s Silly Sideshow gives us a whole new look at our favorite Disney characters. Fantasyland really wowed guests. It was the largest expansion a Disney Park had ever seen…

Magic Kingdom was torn up for quite a while, and this really annoyed guests, but they had no idea what was coming with Disney’s Hollywood Studios and Disney’s Animal Kingdom, Disney World’s least visited theme parks. Animal Kingdom has been under construction for several years, and Hollywood Studios has closed many attractions. If both parks deliver on the rumors though, it will be worth the wait and frustration.

Let’s take a look at three projects that could change Disney World and theme parks forever.

3. Pandora- The Land of Avatar

In 2011, Disney negotiated a deal with James Cameron to use his very popular film, Avatar, in the Disney Parks. When it opened in 2009, it broke records and earned one of the best opening weekends ever not only in North America but worldwide.

With more movies promised, Disney wants to capitalize on this venture. Disney announced Pandora – The Land of Avatar in 2011 and began construction in January 2014. It is set to open in 2017 at a cost of $500 million.

The story of humans trying to save alien creatures was somehow heartwarming, but perhaps the most amazing scene in the movie was when Jake Sully was able to ride his banshee for the first time because it’s not just getting on and riding; the animal had to choose him and he had to choose the animal. It evoked a kind of mutual respect.

If the rumors are true, you too will be able to ride a banshee. You’re probably thinking, “Oh, that sounds great. I’ll get in an Omnimover vehicle that looks like a dragon and cruise through some cool scenery.” Well, not exactly. Disney is creating (or has created – we’re not really sure yet) an animatronic alien dragon that is so lifelike that you’ll be able to feel it breathing as you fly through scenery even better than Soarin’. You’ll feel the dragon’s wings flapping, and you’ll smell and hear things going on around you. There is literally nothing else like it in any theme park anywhere!

When Disney purchased Lucasfilms in October 2012, they acquired the rights to two very popular movies: Indiana Jones and Star Wars. Both of these series provide realistic scenes with exciting sequences.

In Star Wars, some of the most exciting scenes involve Stormtroopers. When Star Wars Land is completed, you’ll be able to experience this adrenaline rush for yourself!

This realistic and immersive attraction will compete with Universal Orlando’s Wizarding World of Harry Potter in that it will literally put riders in a town on a foreign planet. You’ll be chased by Stormtroopers, and the whole point of the ride is to get away from them. To do this, rumors say you’ll have the opportunity to board and depart multiple vehicles on multiple levels at different times throughout the attraction. Imagine riding Space Mountain or Haunted Mansion and being able to get out of the ride vehicle to explore your surroundings. That’s essentially what this ride is going to allow you to do!

The Star Wars franchise is the highest grossing Lucasfilm ever with close to four trillion dollars in gross earnings just on movies. That doesn’t include video games, apparel, merchandise, etc., which by some estimates could equal upwards of 30 trillion dollars!

It’s no wonder that Disney decided to build a whole land dedicated to this film. When Star Wars Land opens at a yet to be determined date, it will be the most immersive role-playing land ever.

It is currently being built on both coasts at both Walt Disney World and Disneyland, and both are said to feature a life-sized version of the Millennium Falcon, which will be an attraction in itself. You can actually board the Falcon and take it for a joy ride. Based on the choices you make and how well you do at fighting off the resistance, the ride will change each time. This is so much better than the point and shoot games like Toy Story Mania and Buzz Lightyear’s Space Ranger Spin.

What’s more, all of the Cast Members in Star Wars Land will be in full costume and interact with you as if they were actually the character they’re dressed as. This isn’t just Minnie and Mickey dressed up as Han Solo; and you will only be able to buy themed food and themed merchandise – no Mickey and Minnie here, apparently.

Are you excited about Star Wars Land coming to Disney World?