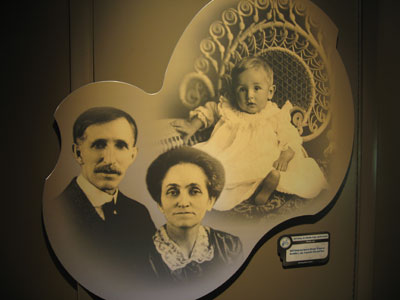 While California and Florida often come to mind, another place should come to mind too: Chicago.

The Disney birthplace house is located at 2156 North Tripp Avenue, which used to be known as 1249 Tripp Avenue. It sits in the northwest side of Chicago in the Hermosa neighborhood. Legend has it that Walt’s mother, Flora, designed the house and that Walt’s father, Elias, built it way back in 1893. Elias was a builder by trade and also built two other homes on the same block as well as St. Paul Congregational Church nearby.

A California couple who worked in the theme park industry for more than 20 years purchased the house where Walt was born for $173,000. They have started a project to restore the house to its 1901 condition. They want to turn the home into a historical site, museum, and resource center.

They hope to complete the project by December 5, 2014, what would have been Walt’s 113th birthday.

Of course, restoring an old house isn’t a cheap undertaking, but it’s especially expensive when you have decades of changes to undo. The couple wants to restore the house to the way it looked more than one hundred years ago. To meet this goal, the couple plans to use Kickstarter to raise a half a million dollars for the project.

People who decide to donate to the Disney birthplace restoration project get gifts based on the amount of their pledge.

For example, donate $20 and you get a ticket to tour The Walt Disney Birthplace home, in addition to members-only blog updates and your name listed in a book in the museum.

Do you have more money?

For $375 you can have your name engraved on a paver stone at the house (plus a number of other items like a lithograph and a poster).

If you are interested in donating to the project or just reading more about the gifts you can receive at various donation levels, you can visit the Kickstarter project here. The funding period ends on Monday Jan 6, 2013 at 5:56pm EST (yes, that’s an odd time, but that is when it ends).

The project seems to have the moral backing of some of Disney’s family. Roy Patrick Disney, who is the grandson of Walt’s brother Roy, said the Disney family happy about the effort. In addition, Chicago Mayor Rahm Emanuel issued a proclamation of Walt Disney Day on December 5, 2013 in honor of the project.

Do you like the idea of restoring Walt’s birthplace home?