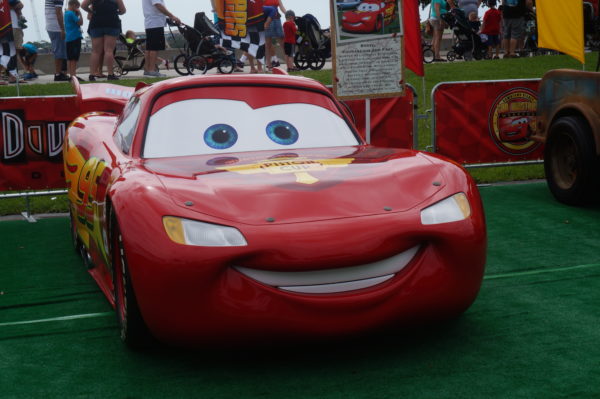 This flex space opened in 2015 and was previously used for Club Disney dance party and a Villains ticketed event.

Now, Lightning McQueen will be taking over the space for his racing academy. This Cars-themed show will put you right in the middle of McQueen’s state of the art racing simulator.

You’ll be sitting inside a huge wraparound screen that is nearly two stories tall and 200 feet from end to end.

The show will go something like this. You, the audience, are rookie racers who are here to learn from the best. McQueen will showcase what he’s learned throughout his career.

But wait! If there’s anything Lightning has learned it’s that things don’t always go as planned. He has to make last minute adjustments to get back on course! Will Lightning McQueen come out victorious?

Find out in early 2019! With his friends there to cheer him on, he can’t lose!

Speaking of friends, after the show is over, stop by for a photo with McQueen’s trainer who found her own racing career, Cruz Ramirez!