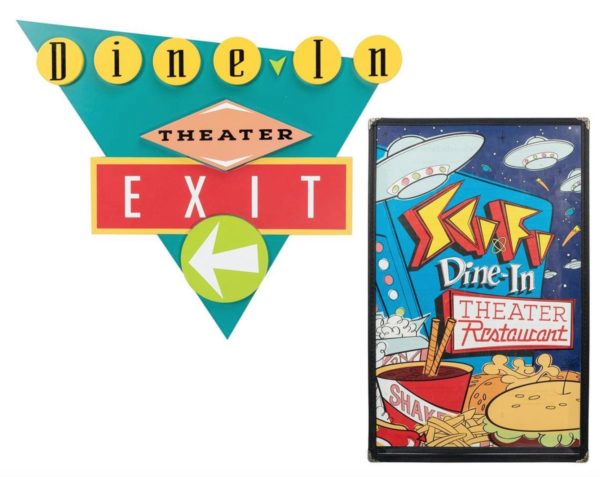 Last month, World of Walt highlighted a Disneyana auction hosted by Potter & Potter Auctions. The auction was filled with hundreds of authentic Disney memorabilia and props from the Parks. Pieces ranged in price from a few hundred dollars and even surpassed the $10,000 dollar mark. Those bidders who were lucky enough to purchase an item were able to secure a piece of Disney history.

Let’s take at some of the items and what they sold for:

Maquette of Figment the Dragon from the Imagination Pavilion in Epcot: This purple, pink, and orange example was accompanied by a letter of authenticity from the Imagineer who cast it off of the original prototype as a presentation piece and as an example of the character for executives.

Ride Seat From 20,000 Leagues Under the Sea: This metal, padded seat had spring hinges that were bolted to the inside of the Nautilus submarine vehicles.

Sci-Fi Dine-In Restaurant Exit Sign and Menu: Both were from one of Disney’s most popular restaurants located at Hollywood Studios at Walt Disney World; the group also included an original “Speeding Ticket” receipt from 2004.

Disneyland Park Mailbox from 1980s: These were located throughout Disneyland, most notably on Main Street U.S.A.

Indiana Jones Adventure Set: Included were rarities including a prototype pin and sticker bearing the original attraction name, a polo shirt with an embroidered patch, and original operations manual describing every aspect of the ride, attraction schematics, letters from the characters, and much more.

Walt Disney Autograph Display: Accompanied by a certificate of authenticity from Disney and featured a plaque, clipped signature, and a photograph of Mr. Disney.

Do collect historic Disney pieces? What is your favorite item in your collection?