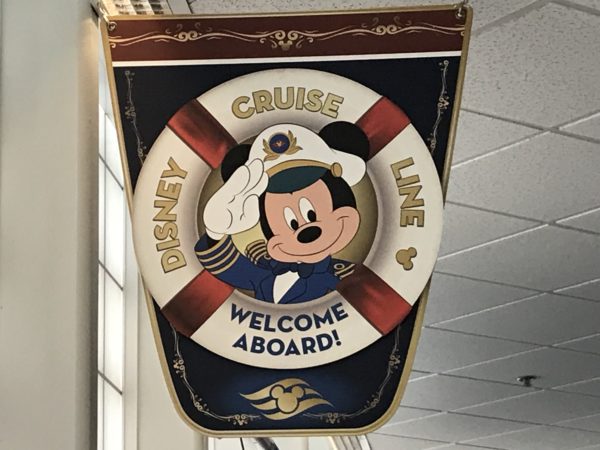 Port Canaveral is investing $46.5 million dollars in upgrades, and all but $6.8 million will go to improving Terminal 8, the Disney Cruise Line terminal.

The money will be put to good use. There will be expanded the seating areas (taking part of the current check-in area since more cruisers are using mobile check-in) and added new, high-end furniture complete with USB and electric charging ports. A new 4,600 square-foot arrivals hall and a 6,000 square foot baggage screening center will be built. The jetway will be updated to accommodate the new, larger ships, there will be an ADA compliant disembarkation ramp, and a larger guest drop off and pick up area.

Port Canaveral is investing more than $46 million dollars in upgrades with most of it going to Terminal 8, Disney Cruise Line’s main terminal.

The nearby Terminal 10 will also receive some upgrades including expanded seating (also from the check-in area), a new pedestrian bridge tied to the parking garage, and updated infrastructure, which will be required for the larger ships. Terminal 10 is currently used by Norwegian Cruise Lines, but Disney Cruise Lines will be using it too when the new ships arrive.

Even while the check-in areas will decrease in size, both Terminal 8 and Terminal 10 will receive updated and improved concierge areas.

The current design of the terminal will not change, and guests will hardly even notice the upgrades and expansions, all of which are expected to be completed by summer 2021.

Are you excited for Port Canaveral Upgrades?