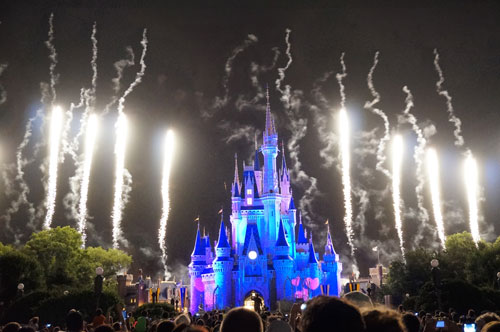 When you’re planning your wedding, one of the major events you have to think about is your honeymoon. You’ve made it through the rehearsal dinner, the ceremony, and the reception. Now, it’s time to relax and enjoy being husband and wife.

Deciding where to go is half the fun. Many people don’t think of Walt Disney World as being romantic, but that is a gross misconception. There are very romantic areas in and around Walt Disney World, and it should definitely be at the top of a honeymoon destination list.

Here are the best places to eat, stay, and play during your Disney World honeymoon!

Disney resort hotels offer a variety of themes and levels of accommodations. The deluxe hotels are the most luxurious. Because they’re the most expensive hotels, they don’t tend to attract as many families meaning there will be more adults and older families and fewer rowdy kids.

I suggest Disney’s Animal Kingdom Lodge, Disney’s Polynesian Resort, or Disney’s Grand Floridian Hotel and Spa. While each one offers very different theming, the theming is totally immersive so you really feel like you’re on an African savanna, in the South Pacific, or in Old Florida. You’ll also have fantastic accommodations and delicious restaurants including both table-service and quick-service. Some deluxe hotels even offer Signature Dining.

If staying at a Disney owned hotel isn’t important to you, Four Seasons Resort Orlando at Walt Disney World Resort is an excellent option. This very luxurious resort hotel is a Trip Advisor’s Choice and it’s the only AAA Diamond rated hotel in Central Florida. The lakeside setting combined with in-room dining, golf, tennis, and spa services won’t disappoint.

When you come to Disney World, you have to visit the parks; so for your honeymoon plan at least one day per park. During an adults-only vacation, I like to suggest the park hopper so you can jump around from park to park. It’s harder to do with kids, but adults can move pretty quickly. If this is your speed, definitely get the park hopper option.

If you choose to stay at a Disney Resort Hotel, you can take advantage of Extra Magic Hours. This is when one park opens early or stays open late for only Disney Resort Guests. You’ll get to see and do more in this time because the lines are shorter than when the public is allowed in.

Some parks have nighttime shows. Magic Kingdom‘s show is Happily Ever After (how appropriate!), Epcot has IllumiNations: Reflections of Earth, Disney’s Hollywood Studios has Fantasmic!, and Disney’s Animal Kingdom has Rivers of Light. These shows are fantastically romantic, so grab your sweetheart and get ready for some of the best fireworks you’ve ever seen.

There are also some fun attractions in the parks like Kilimanjaro Safari in Animal Kingdom. If you can ride right at dusk, you’ll up the romantic factor a lot! World Showcase is good anytime. Stroll through 11 different country pavilions and try food and drinks from all over the world. There is also authentic merchandise that make great souvenirs.

Disney World has some of the best restaurants in the entire world. They’ve received critical acclaim and have become a reason alone to visit the most magical place on earth.

Chefs de France, Le Cellier Steakhouse, and Cinderella’s Royal Table are some of my favorites in the parks. Victoria and Albert’s, a AAA 5-diamond rated restaurant in Disney’s Grand Floridian Resort, is one of the best restaurants on property. This signature dining experience requires Advanced Dining Reservations and a strict dress code, but you’ll enjoy unique flavors from world class chefs unlike anywhere else on property. For a more casual meal, check out Boma or Jiko at Disney’s Animal Kingdom Lodge. Boma offers floor-to-ceiling windows with views of the savanna, and Jiko is an excellent restaurant for foodies because it has a stage kitchen.

There are plenty of places to have fun even outside the parks. If you’re into the nightlife, you’ll want to visit either Disney Springs or Disney’s Boardwalk.

Disney Springs has a couple of great spots for dancing and live music. House Of Blues and Paradise 37 are a lot of fun! Raglan Road and Jock Lindsey’s Hangar Bar serve delicious cocktails for a nightcap and some good conversation.

After all that wedding planning and park hopping, you’re going to need some relaxation before you head back to real married life.

Senses Spa at Disney’s Grand Floridian Resort is a full-service spa and health club with a Victorian Theme. Mandara Spa at Walt Disney World Dolphin Hotel is Bali-inspired. This luxurious oasis provides soothing full-service spa options. Be sure to get a hand massage… or two. You’ll appreciate it when you start filling out all those thank you cards!

Did you – or would you like to – honeymoon in Disney World?