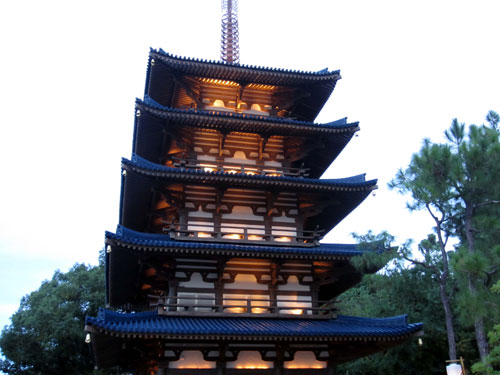 Nine Places to Experiment with Sushi at Disney World

Sushi seems to be a ‘love it’ or ‘hate it’ type of food.  Unfortunately, many people assume they hate it even though they’ve never tried it.

Sushi doesn’t only mean eating raw fish. There are cooked varieties, as well as some delicious accompaniments like rice, soy sauce, and the oh-so-spicy wasabi.

Even you are one of those folks who thinks you don’t like sushi, read on, and you might be encouraged to be adventurous on your next trip to Disney World.

Disney has been working hard in recent years to dispel the idea that theme park dining is all about hamburgers and hot dogs. After all, on Disney property, you can enjoy the finest of fine dining at Victoria & Albert’s, and you can check out a quick service lunch done in fine French style at the Be Our Guest restaurant where there isn’t a French fry in sight.

When I say “bowling alley,” eating sushi probably isn’t the first thing that comes to mind. However, at Splitsville, they do bowling in a way that is very different than you might normally see. In addition to live entertainment, billiards, and other upscale food offerings, Splitsville offers not just one but two full sushi bars. Splitsville employees hand-make sushi dishes with fascinating names like “super tuna” and “volcano roll” right in front of you.

Just across the street from Splitsville in Disney Springs is Wolfgang Puck’s place. It’s not dedicated to sushi alone – you will find plenty of upscale pizza and pasta dishes for your non-sushi friends but it does offer plenty of both typical and unique sushi rolls, in addition to sashimi and nigiri.

The Kona Island Sushi Bar is a walk-up, no-reservations-needed bar located near the Kona Café on the second-floor exit that leads to the monorail loading station. This location is small and doesn’t have a big menu, but in addition to sushi, can you can also order off the full Kona Café menu. The sushi is considered to be top-notch, with corresponding prices.

High atop the Contemporary Resort is the California Grill, an always-popular upscale restaurant. The ambiance, quality, presentation, and prices are all way up there. In addition to trying out sushi, it’s a perfect spot to watch the Wishes fireworks show at the Magic Kingdom.

Kimonos is the only restaurant at Disney World that is fully dedicated to sushi and only sushi. The variety and quality is high, as are the prices. Karaoke brings the place to life – especially after certain folks have had one too many sakes.

I almost left this one off the list, but I’ll throw it in for good measure. The buffet at 1900 Park Fare usually has a few different sushi rolls available. If you want a standard Disney buffet and an opportunity to try a sushi roll or two without a full-on commitment, consider stopping by the Grand Floridian.

The Japan pavilion is host to Tokyo Dining, a beautiful sit-down restaurant that offers great views of the World Showcase Lagoon and therefore the Illuminations fireworks show. The Bento Box, which includes sushi as well as some other Japanese treats like meat and veggies, is a popular choice. If you would rather not invest in the time and expense of a sit-down restaurant, check out Katsura Grill. It is a quick service restaurant with interesting Japanese-styled dishes that allow you to try out sushi (and non-sushi options like tempura shrimp udon and the teriyaki shogun combo) without a big investment.

If you are feeling adventurous, or just hungry, check out these sushi options.