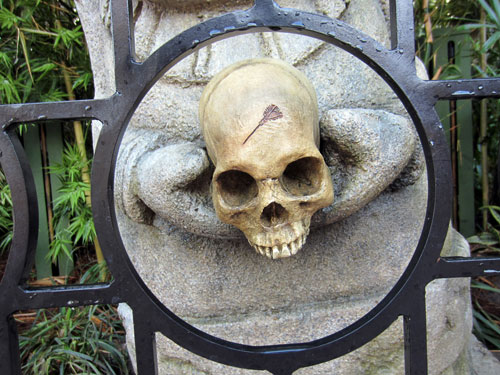 If you look at many advertisements for Walt Disney World, you will frequently see a photograph of a picture-perfect little girl, dressed up in a beautiful ball gown, frolicking or hugging a character with Cinderella Castle looming large in the background.

It makes some folks think that Disney World is all about little girls – sugar, spice, and everything nice.

But what about little boys?

You might be surprised to learn about how many special events are available for boys. (Of course, girls are welcome at these activities as well.)

Let’s take a look at six special activities for pirate lovers of all types.

What pirate wanna be wouldn’t want to meet Jack Sparrow himself? Look in the Times Guide for when the captain and crew put on a show at an outdoor stage, just across the street from the Pirates Of The Caribbean attraction in Adventureland. Jack and company recruit many kids to join them on stage. A Disney PhotoPass photographer is on hand to capture the memories so that mom and dad can watch the show.

Cost: free with admission to the Magic Kingdom

2 – A Pirate’s Adventure: Treasures of the Seven Seas

This interactive game opened in mid-2013. It’s a bit like Sorcerers of the Magic Kingdom in that there are many interactive game stations that blend into the landscape, and that you use a “magic talisman” (which is actually an RFID-chipped card) to track your progress. It is a bit different in that it the location of the game is limited to just Adventureland vs. the full park, and that there are no separate play cards involved. This is a fun way to spend 20 minutes or so. As you visit each station, you are treated to a special even like the firing of a cannon or the spinning of a compass. It’s also a sneaky way to help kids learn about reading maps.

Cost: free with admission to the Magic Kingdom

This adventure is located just outside the entrance to the Pirates of the Caribbean attraction. It allows your little pirate to join up with Captain Jack Sparrow’s crew. He gets his own pirate name and then gets dressed up as a pirate, complete with eye patch, necklace, tattoo (temporary of course), face makeup, and a sword. After getting all decked out, the new pirate enters a secret room to take a pirate oath before getting some photographs of the special occasion. The entire experience takes about 45 minutes. It’s a good idea to call up to 180 days in advance to make reservations: 1-407-WDW-CREW.

Cost: varies based on package, but about $40

The Caribbean Beach Resort updated a number of rooms to give them a pirate theme. These rooms include a special headboard, tables, and carpets that give the room a pirate and treasure-themed décor. What could be better than sleeping in your own pirate ship?

After putting on a pirate bandanna, little buccaneers can embark on a cruise that takes them to several marinas where they learn clues and discover treasure. All this fun is great for kids from 4 to 12 years of age, and (sadly) no parents are allowed. These fun trips depart from the marinas at Disney’s Caribbean Beach Resort, Disney’s Yacht And Beach Club Resort, Disney’s Grand Floridian Resort and Spa, and Disney’s Port Orleans Riverside Resort.

This evening-time event takes place weekdays and begins 75 minutes before the time that the Wishes fireworks show is scheduled to begin. It starts at Disney’s Contemporary Resort with a chance to visit with Captain Hook and Mr. Smee from Peter Pan. The whole family can then get onto the ship for snacks, games, and stories. The highlight of the event is when the boat drops anchor in the Seven Seas Lagoon just in time to watch the amazing fireworks show.

What is your favorite pirate activity at Disney World?